Mullock Bridge, a simple stone arch on the road between Pembroke and Dale in south-west Wales, plays a legendary role in a compelling story that sees a Welshman being crowned king of England; and – for bonus points – founder of the all-powerful Tudor dynasty.

It’s an unlikely scenario, isn’t it? Just 70 years earlier Wales’s native leader Owain Glyndŵr had disappeared after ten years of fighting for Welsh independence had come to nothing. In 1485, Welsh nobleman Harri Tudur was on the march from Milford Haven to do battle with King Richard III at Bosworth in the English Midlands. Influential Welsh landowner Sir Rhys ap Thomas had promised Richard that Harri would only enter Wales over his dead body. To ease his conscience when abandoning this oath, he reputedly lay under Mullcock Bridge as Harri crossed it.

The rest, as they say, is history. Harri’s famous victory in the Wars of the Roses at the Battle of Bosworth saw the defeat of Richard and Harri becoming King Henry VII. The House of Lancaster had triumphed over the House of York. But to Welsh men and women, the victory was entirely theirs.

Harri was the genuine article, born in Wales at Pembroke Castle of an Anglesey family on 28 January 1457. He was conscious of his roots, enjoying the things the Welsh are famous for – music, poetry, literature and sport. He flew the Welsh flag, appointed Welshmen to influential government and religious posts, and returned to Wales a certain status and self-confidence that had been shattered by previous events.

Home comforts come to the castles

The arrival of Henry VII reinforced a trend in castle design that had begun a century or so earlier. Apart from the Glyndŵr uprising, the political climate in Wales had taken a calmer turn in the times after serial castle-builder King Edward I.

Gradually, no-nonsense rock-solid military strongholds evolved into more comfortable, liveable fortified manors (castles-lite in today’s terms). The classic example is Raglan, modelled on contemporary examples in France (as was the ‘new’ octagon tower at Cardiff Castle). With its exotic, stately and stylish demeanour, Raglan is the definitive window into 15th-century Wales, a time when status-conscious castle-builders could indulge in social one-upmanship while also protecting their investment with defensive features. Over time Raglan became grander still, evolving into a palatial Elizabethan stately home, complete – of course – with must-have long gallery.

Weobley Castle on the Gower Peninsula is another, though it’s more fortified house than castle. And at Tretower in the Brecon Beacons we have an unusual two-in-one historic site – stark medieval keep and neighbouring late-medieval courthouse. Tretower Court, one of the great glories of Wales, gives us a taste of gracious living free from conflict, reflecting Wales’s new-found wealth and influence under the Tudors. Grand Designs-style improvements to existing castles also occurred at places like Laugharne and Oxwich, while in Conwy we have Plas Mawr (‘The Big House’), one of Britain’s finest Elizabethan townhouses.

Henry VII ruled until 1509. We all know who came next: the famous – or infamous, if you happened to be one of his many wives – Henry VIII (1509–1547). It’s fair to say that Henry VIII didn’t have the same affection for Wales as that of his father. Due to problems along the border and possible seaborne threats from France and Spain via the Welsh coast, Henry introduced the Acts of Union between 1536 and 1543 which inextricably linked Wales with England.

Pros and cons still rage on both sides. Did they result in peace and prosperity for Wales or was it a slight on our national identity? Such are the conundrums of history.

End of a dynasty

The Tudor dynasty rumbled on through a complex lineage until the arrival of Henry’s daughter Elizabeth I, the powerful ‘Virgin Queen’. It came to an end with her death in 1603, by which time Britain was on the brink of the Civil Wars which were to inflict great damage to many of the castles of Wales. 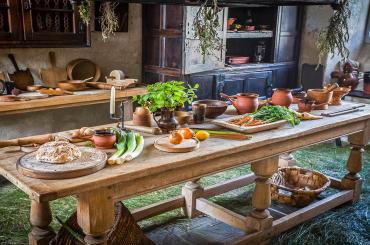 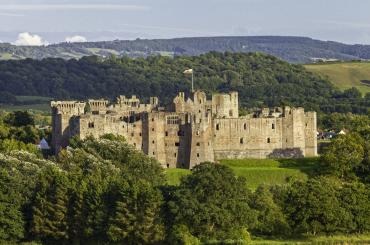 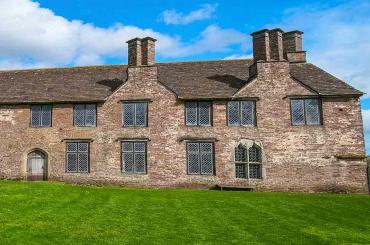