It all began, really, in the wild west of Wales in the 6th century. But go to the far-flung, tiny city of St Davids today and you’ll look twice to find its famous cathedral, a fountainhead of Christianity in Britain. From the centre of town, it’s nowhere to be seen.

A place of pilgrimage

Follow the road downhill and you’ll discover it hidden in a deep hollow below the rooftops, a shrine blessed with a towering stature in the history of Christianity. David, Wales’s patron saint, founded a monastic community here that spread the message far and wide – so much so that a medieval pope declared that two pilgrimages to St Davids equalled one to Rome.

The purple-stoned cathedral that grew from David’s original monastic community is one of many evocative religious sites scattered across Wales. Some are humble, others opulent. Some are simple, others quite overwhelming. They all tell the story, in their own different ways, of religious belief in Wales.

Religious belief finds expression in many ways, from hair-shirted simplicity to flamboyant halleluiahs. Rug Chapel near Corwen gives us a different take on piety and devotion to that of St Govan. Just as you can’t judge a book by its cover, 17th-century Rug – modest and unassuming from the outside – is a riot of colour and woodcarving within.

When it comes to big, St Illtud’s Church at Llantwit Major surely seems far too large for its location. But dig deeper and you’ll discover that this cathedral-like edifice has a gold-standard religious pedigree, occupying the site of the first Christian college in Britain where Illtud reputedly taught St David and St Patrick.

The next sea-change in religion came with the arrival of the Normans in the 11th century. As conquerors do, they sought to impose their authority over the church, appointing new bishops at St Davids, Llandaff (in Cardiff), Bangor and St Asaph.

These prelates, and those that followed, may well have been men of the cloth. But, unlike David and his contemporaries, they liked their home comforts and luxuries.

Great palaces were thrown up, the finest surviving of which is the Bishop’s Palace at St Davids, hints of its former opulence still shining through the magnificent arcaded parapet and wheel window. If that wasn’t enough, the bishops also built a sumptuous country retreat at nearby Lamphey complete with fishponds, fruit orchards, vegetable garden and parkland.

With the monastic movement it was back to basics. By the 12th century there were nearly 20 Benedictine or Cluniac priories in Wales. But the most influential of all were those of the Cistercians, who established deep roots in Wales from their 13 abbeys. These white-robed monks didn’t lock themselves away in solitary pursuit of spiritual enlightenment. The worldly Cistercians, talented sheep farmers and rural entrepreneurs, mixed and got on well with the locals.

They left a legacy of abbeys which – though inevitably damaged by the 16th-century Dissolution of the Monasteries and following centuries of neglect – still captivate, inspire and astonish.

Wales’s Westminster Abbey and the muse of Wordsworth

Historians have their favourite abbeys, though none would argue that a few are always front-runners. Locked deep in the Cambrian Mountains near Pontrhydfendigaid there’s Strata Florida Abbey. This remote spot was once the ‘Westminster Abbey of Wales’, a place of great political, cultural and educational influence visited by poets and princes. A decorative Romanesque archway frames a timeless scene of hills still grazed by sheep.

Tintern Abbey, a magnet for visitors since the early days of tourism, inspired a celebrated poem by William Wordsworth. It’s easy to see why. This majestic ruin, open to the skies, soars above woods and water in the beautiful Wye Valley, seeming as much a work of nature as of man.

Look out for all the ‘llans’

All in all, over 20 Cadw sites are designated as cathedrals, chapels and monasteries. But that’s just the start of it. Seeking out religious places in Wales is child’s play. The ‘llan’ in many placenames refers to the enclosure containing church or monastic buildings. There are lots – and lots – of them. So off you go. 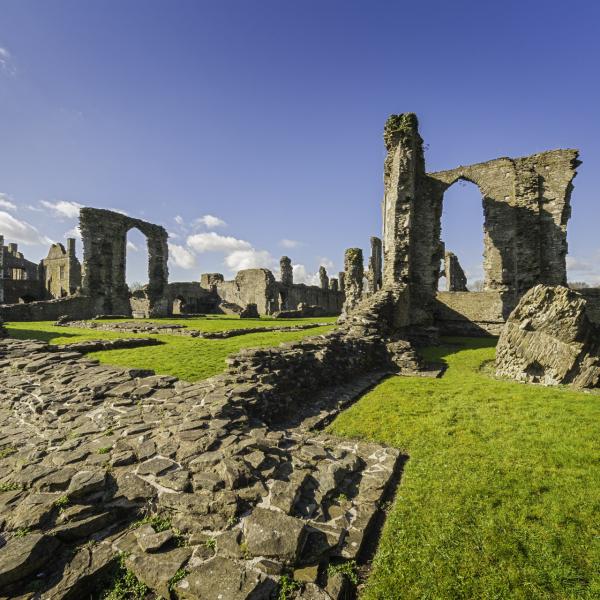 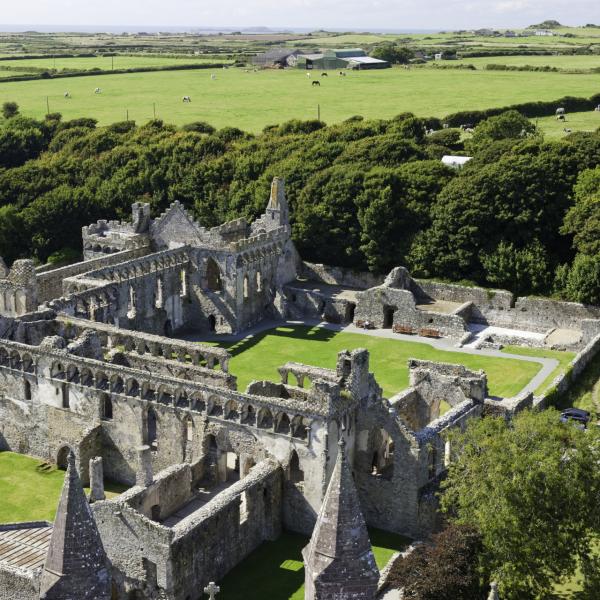 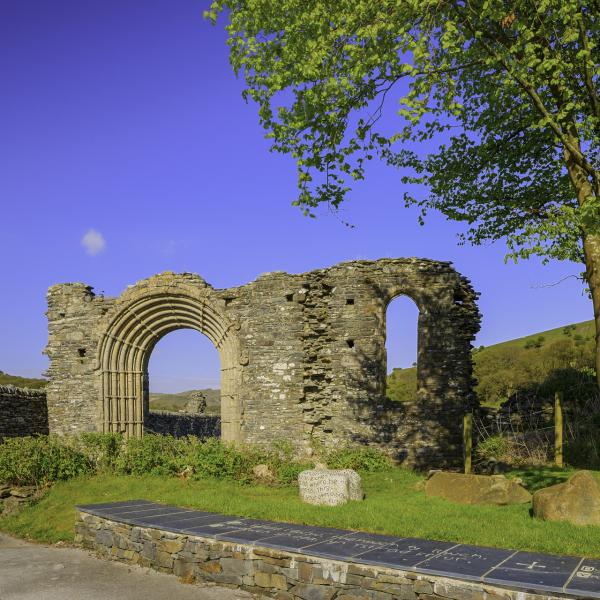 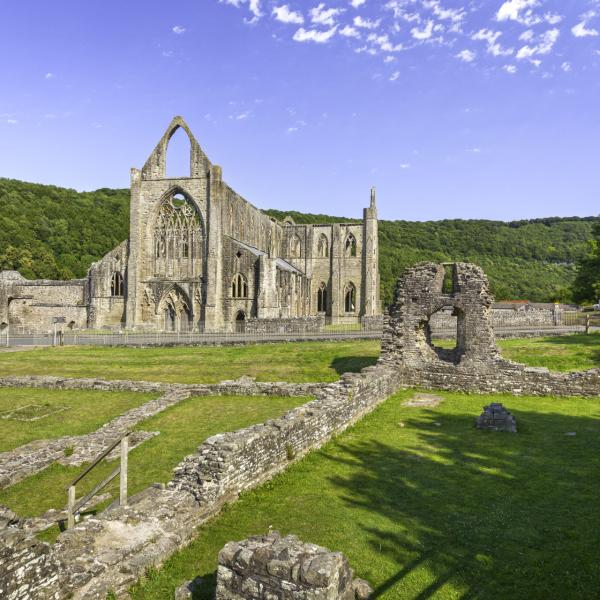 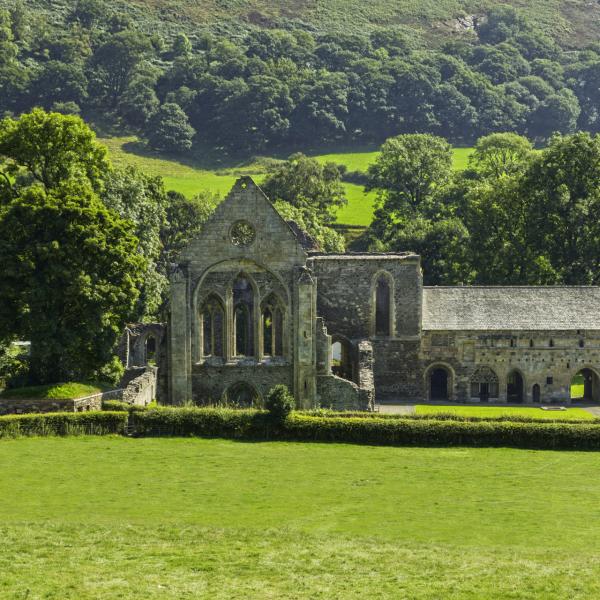