This is a little known fact; Wales has more castles per square mile than any other country in Europe.

Wales's history has left a landscape scattered with Iron Age hill forts, Roman ruins and castles from Medieval Welsh princes and English kings. With over 600 castles, wherever you go on holiday in Wales you won't be too far from a historic site. If you don’t have time to visit every single one, here are 10 top castles to visit.

Wonderfully incomplete, Beaumaris on Anglesey can be considered as the greatest castle never built. With near-perfect symmetry, four concentric rings of formidable defences and a water-filled moat with its own dock, this was the largest and last of the castles created by Edward I in Wales. 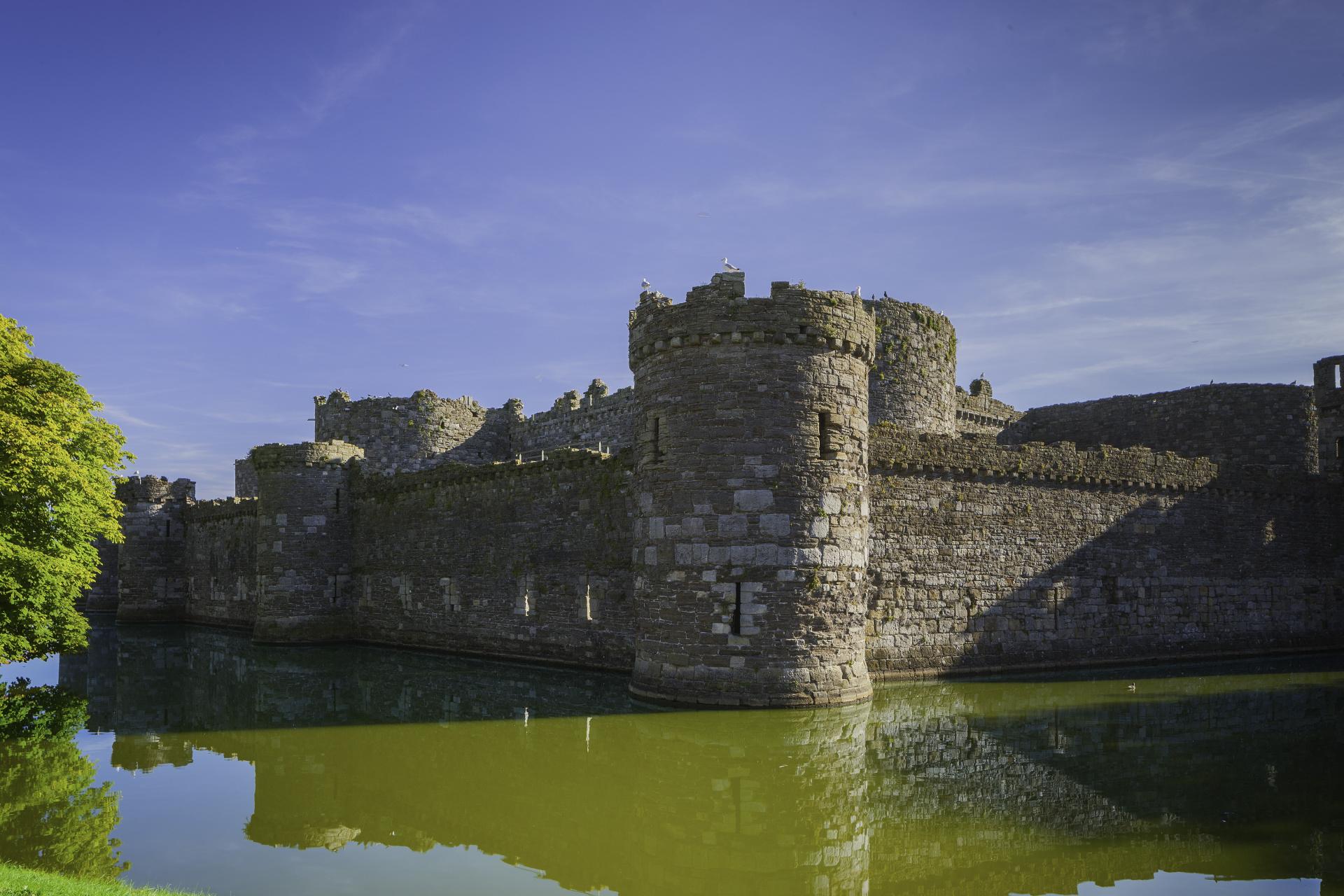 Conwy Castle is regarded as one of the most magnificent medieval fortresses in Europe. The castle, and its 1.3km ring of town walls, have World Heritage status.

This remarkable fortress was built in an astonishing four-year period, between 1283 and 1287, and remains incredibly well-preserved today: it contains the most intact set of medieval royal apartments in Wales. If you have a head for heights, climb one of the castle's eight tremendous towers for breathtaking views of the harbour and the narrow streets of Conwy below. 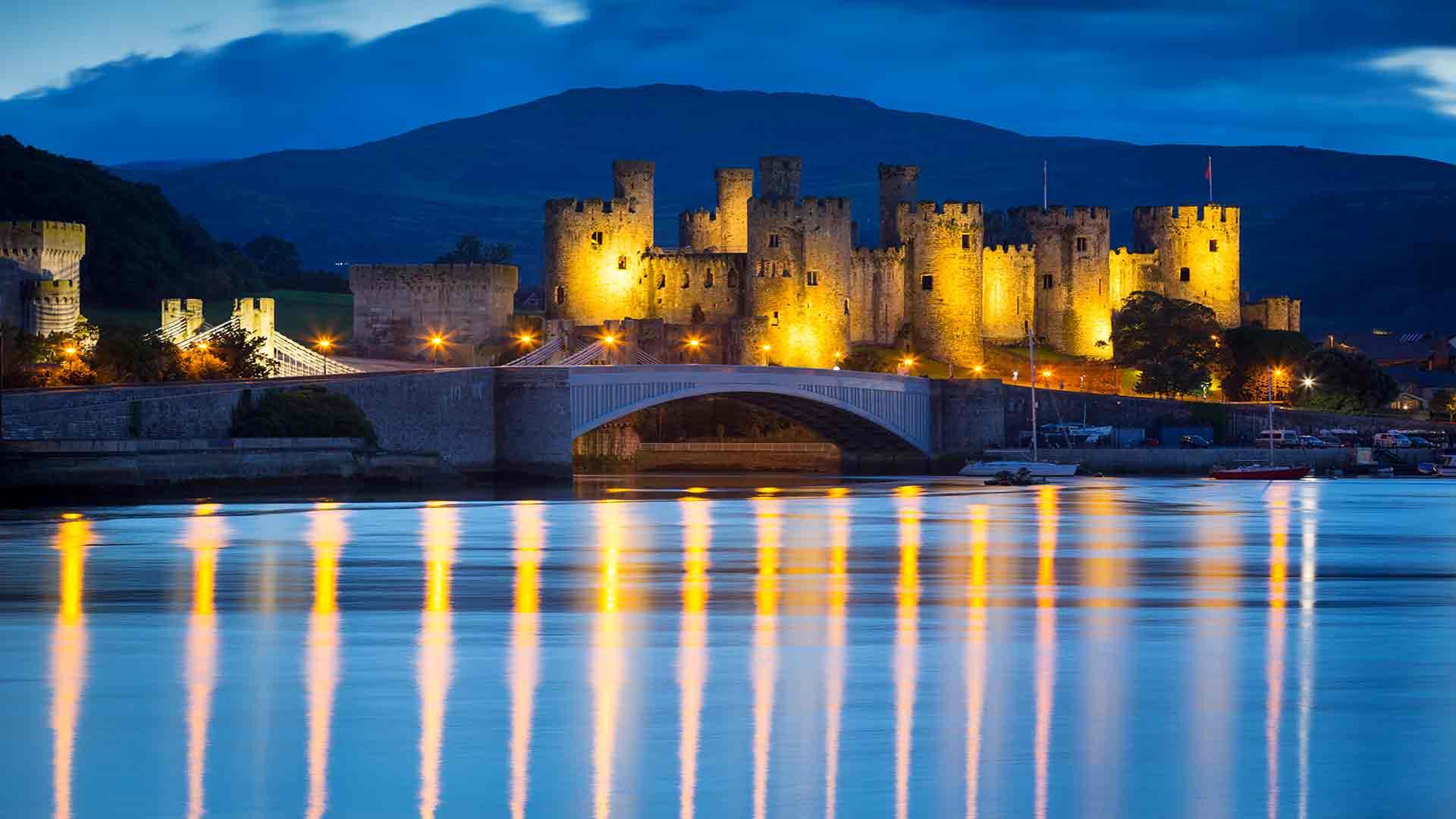 The mighty Caernarfon Castle is one of the most visually-arresting sights you'll ever see. This 13th century polygonal showpiece was built on a former Roman fort and is grouped with Edward I's other castles at Conwy, Beaumaris and Harlech as a World Heritage Site.

The Eagle Tower, with its three great turrets and 18-feet thick walls, is the crowning glory of the castle (and it's where the royalty would sleep in lofty splendour). 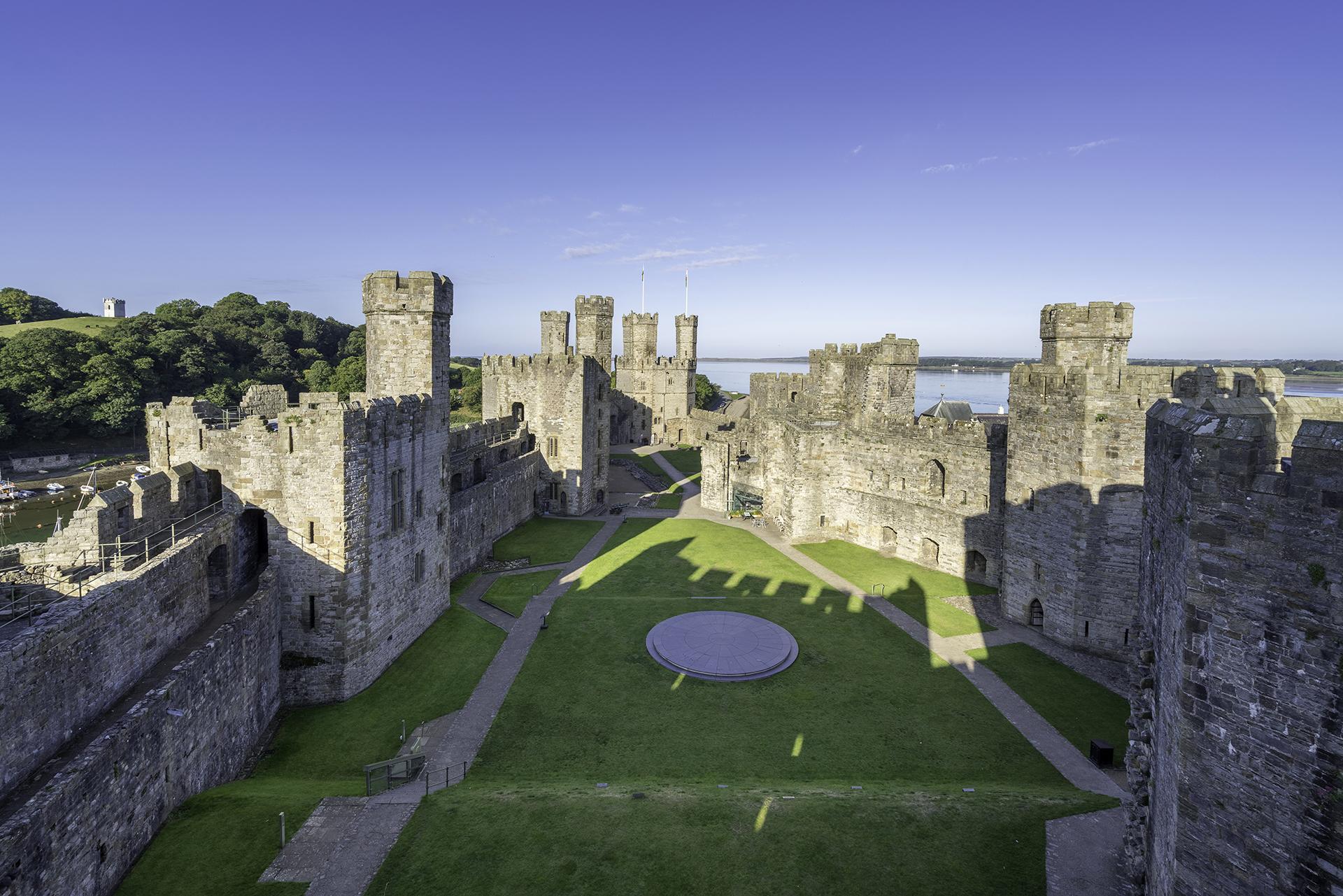 Perched on the hill above the town, Denbigh Castle's most distinctive feature is its impressive triple-towered gatehouse. The castle was once the royal residence of Dafydd ap Gruffudd, whose attack on the nearby Hawarden Castle provoked the English king Edward I to mount a full-scale invasion.

During your visit, explore the mysterious ‘sally port’ - a secret doorway that allowed defenders to sneak in and out of the castle. Plus play spot-the-difference between the round and polygonal towers, which were built in separate phases around 1282 and 1295.

Perched upon a sheer, rocky crag and with the rugged peaks of Snowdonia in the distance, Harlech Castle has one of the most spectacular settings of all of Wales' castles.

Built between 1282 and 1289, along with Edward I's other castles Conwy, Caernarfon and Beaumaris, Harlech is a World Heritage Site. A 'floating footbridge' allows visitors to access this colossal coastal fortress. 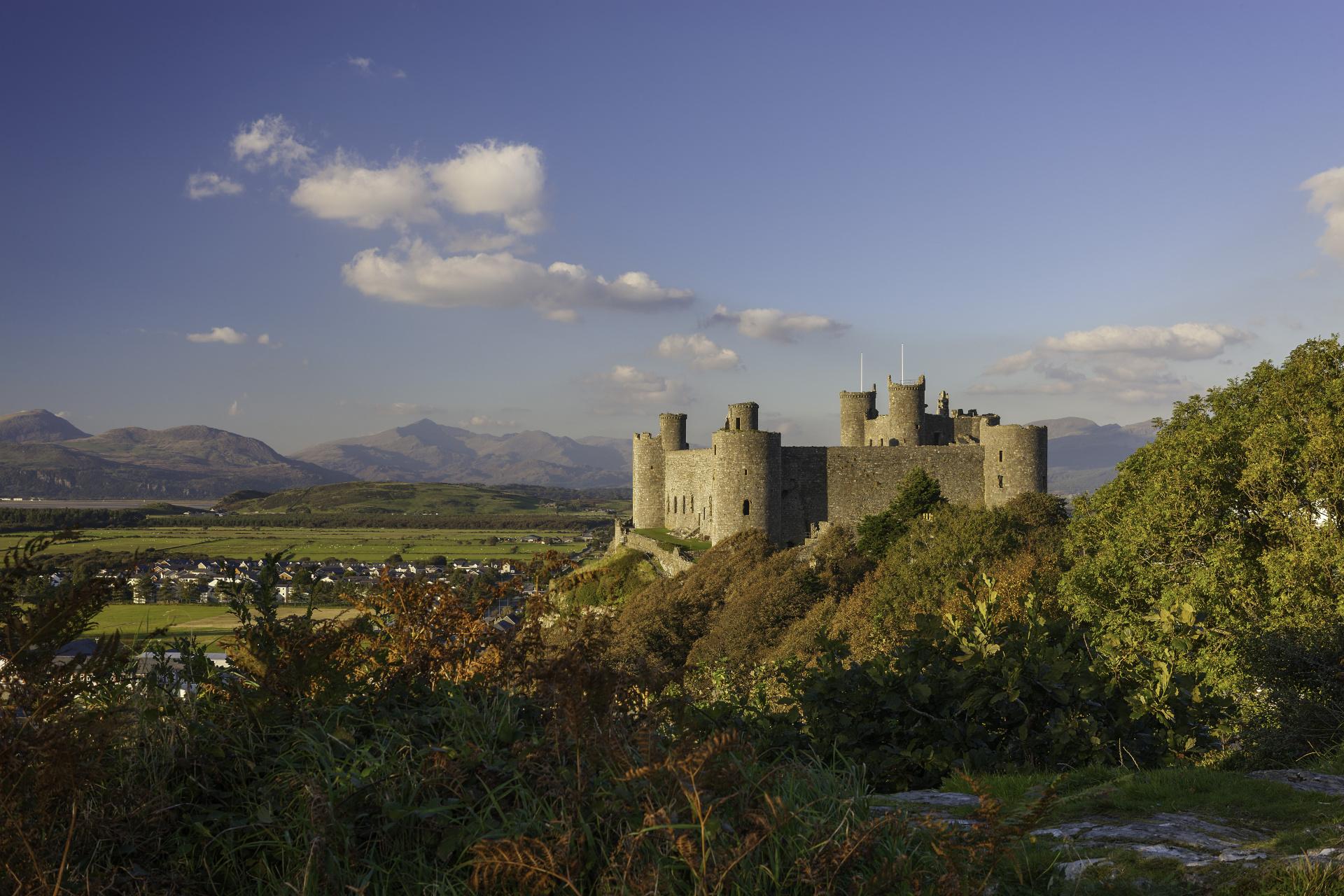 The largest castle in Wales, and the second-largest in Britain, Caerphilly Castle was locked within water defences when it was built by the English in the 13th century. The outside is the place, among an array of delights, to see four siege engines, and the inside has a hallowed, majestic feel.

Climb to the rooftop of the massive east gatehouse, from where you can see the rings of stone and water defences that made Caerphilly so impressive. Look out for the south-east tower – Wales’ very own Leaning Tower, wonkier even than that of Pisa – which is probably the castle's best-loved feature.

Kidwelly has everything a castle should: steep earthworks, high towers, tall walls and a great gatehouse that took at least a century to complete. Peel back the centuries to the earliest earth-and-timber castle built by the Normans. You can trace its half-moon shape by walking along the stone walls built almost 100 years later. Don't leave without exploring the great gatehouse or the beautiful little chapel overlooking the river. 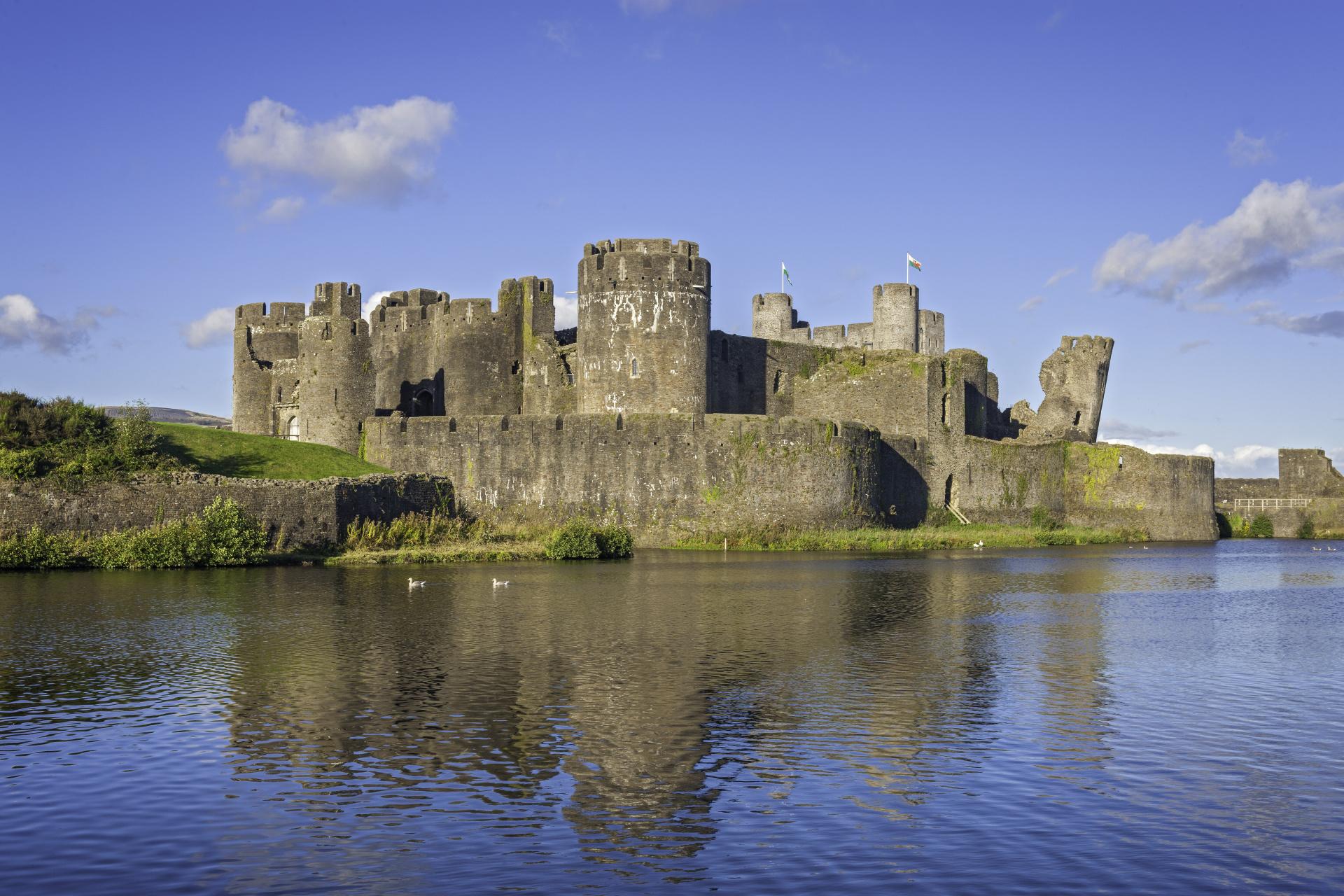 Raglan Castle was one of the last medieval castles to be built in England and Wales — still formidable, although designed with comfort and luxury in mind. Climb the Great Tower on its moated island and explore the newly-restored undercroft beneath the castle, which used to house some of the finest wines in Europe and were served at the high table to impress guests.

In keeping with Raglan's reputation for entertainment, the castle regularly plays host to events including poetry, plays, singing and dancing. 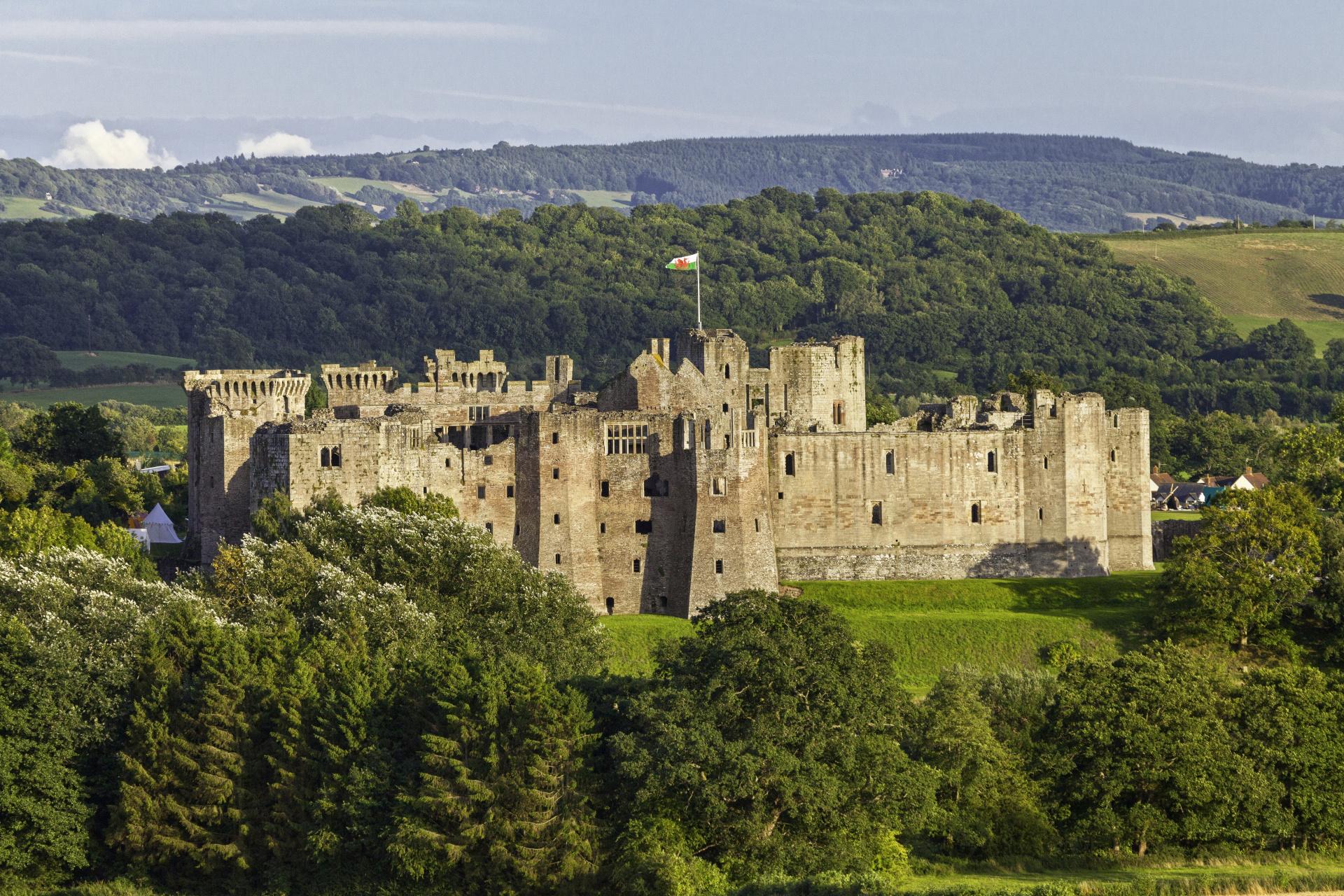