Although Remembrance Day (Wednesday, 11 November), will be celebrated a little differently this year, there are still many ways in which we can pay tribute to and honour those who have served and sacrificed to defend our nation.

At Cadw, we’ve decided to delve into the archives and shine a light on nine of our listed historic buildings — each of which played an important, yet alternative role towards Britain and its allies’ wartime efforts in Wales.

From ferry ports that became makeshift army bases to fancy hotels that were converted into temporary hospitals — behind each historic building is a story of transformation, unity and determination.

Now the site of a business centre, the former hotel, situated on Aberystwyth’s iconic promenade, first opened its doors on 31 July 1896.

Designed and built by famed engineer, George Croydon Marks, the Cambria Hotel went on to become the United Calvinistic Methodist College in 1906.

However, for the duration of the First World War, the building was loaned to the British Red Cross and converted into a temporary hospital, providing essential care to those who had fought so bravely on the front line.

Recognised as a Grade II listed building by Cadw in: November 1987

This promenade hotel — known today as the ‘Queen of the Welsh resorts’ — stopped welcoming holiday makers and became a second home to London-based government departments during the Second World War.

Desperate to escape the dangers of the English capital, the Inland Revenue Headquarters evacuated and relocated some of its 5,000 staff to buildings of this kind, located in the relatively safe area of North Wales.

Among them was a young James Callaghan, who went on to become Prime Minister of the United Kingdom in 1976. 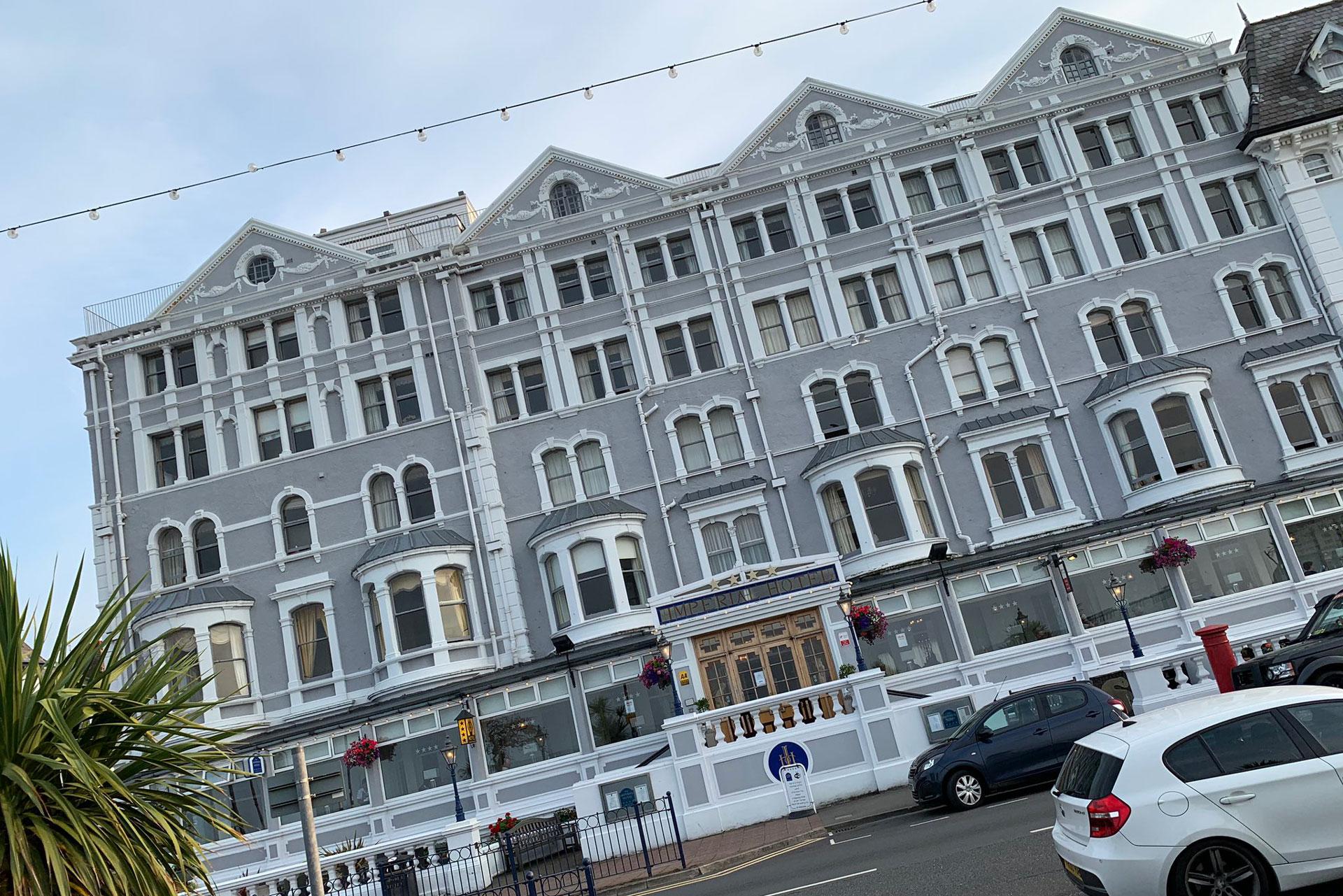 Built in 1907 by Victorian Church architect, James Cubitt, this beautiful former chapel is now home to a collection of modern apartments — a far cry from its wartime use as a news broadcasting centre.

Recognised as a Grade II listed building by Cadw in: March 1988 (amended in August 1988)

From exams and entertainment to banquets and balls, Bangor University’s Prichard-Jones Hall has played an integral role in student life since it first opened in 1911 — and continues to do so today.

The striking building was named after Welsh businessman, John Prichard-Jones, who donated £15,000 towards construction costs.

However, just before World War Two began, more than 500 precious paintings from London’s National Gallery were moved here under armed guard, to protect them from anticipated aerial bombing.

Comprising priceless works by the likes of Rembrandt, Rubens and Botticelli, the paintings remained in Bangor for two years, before being moved to the disused underground slate quarry of Manod near Blaenau Ffestiniog.

Abandoned and overgrown, Baron Hill House is one of Wales’ most spectacular and fascinating ruins.

Forming part of an estate that was once home to the powerful Bulkeley family, the Royal Engineers were initially stationed at this spectacular mansion during the First World War.

By the Second World War, the Government requisitioned Baron Hill as a temporary housing facility for Polish soldiers. Having found the building so cold, the soldiers started a fire inside the mansion in the hope of being moved to new accommodation.

Sadly, their plan backfired. The flames destroyed large parts of the mansion’s interior, meaning the soldiers had to be moved to tents on the grounds of the estate instead.

Recognised as a Grade II listed building in: September 1950 (amended by Cadw in July 2005) 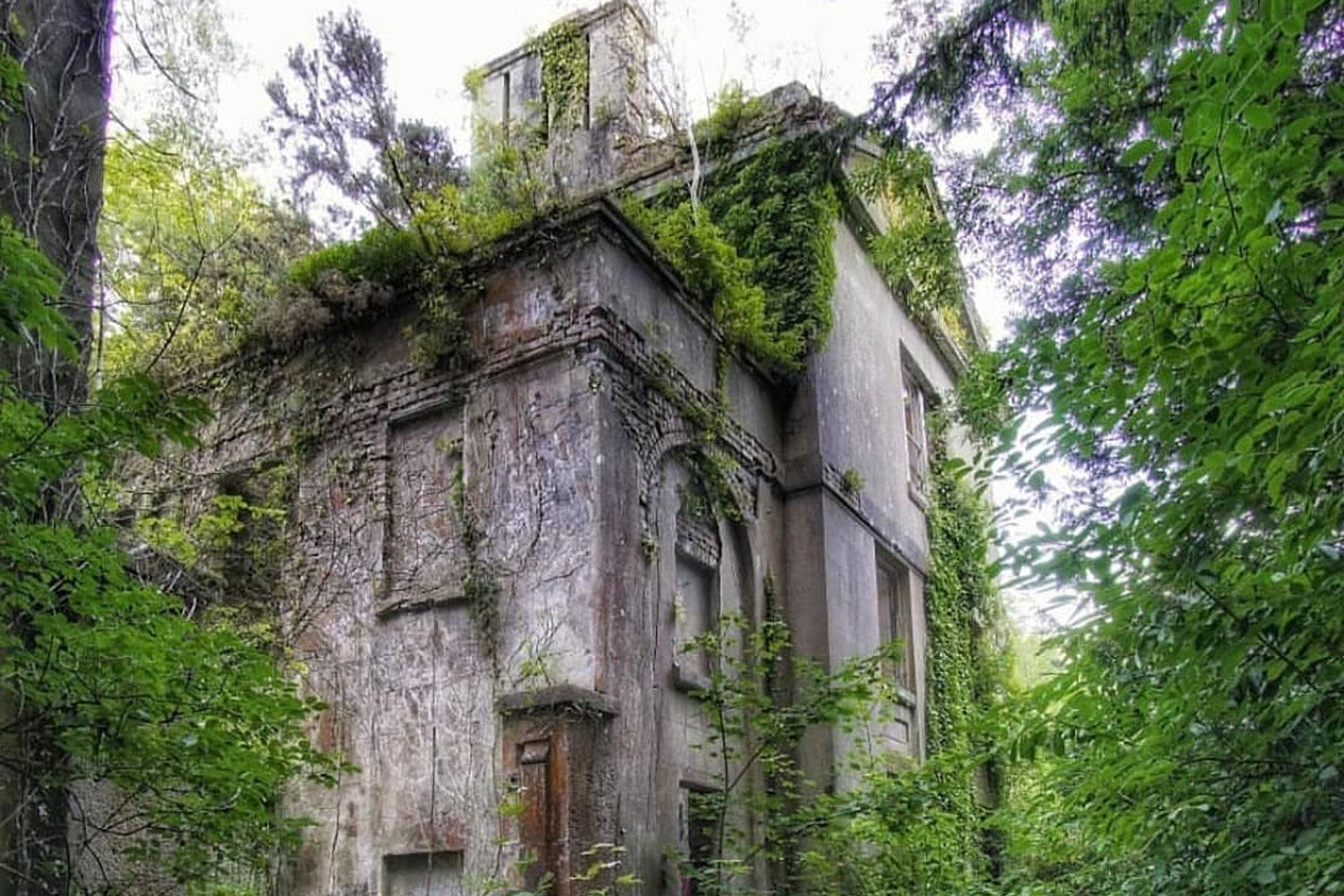 Sheltered by a 1.7-mile-long breakwater, the Port of Holyhead served as a new base for the Royal Dutch Navy during the Second World War while their country was occupied by the Nazis. 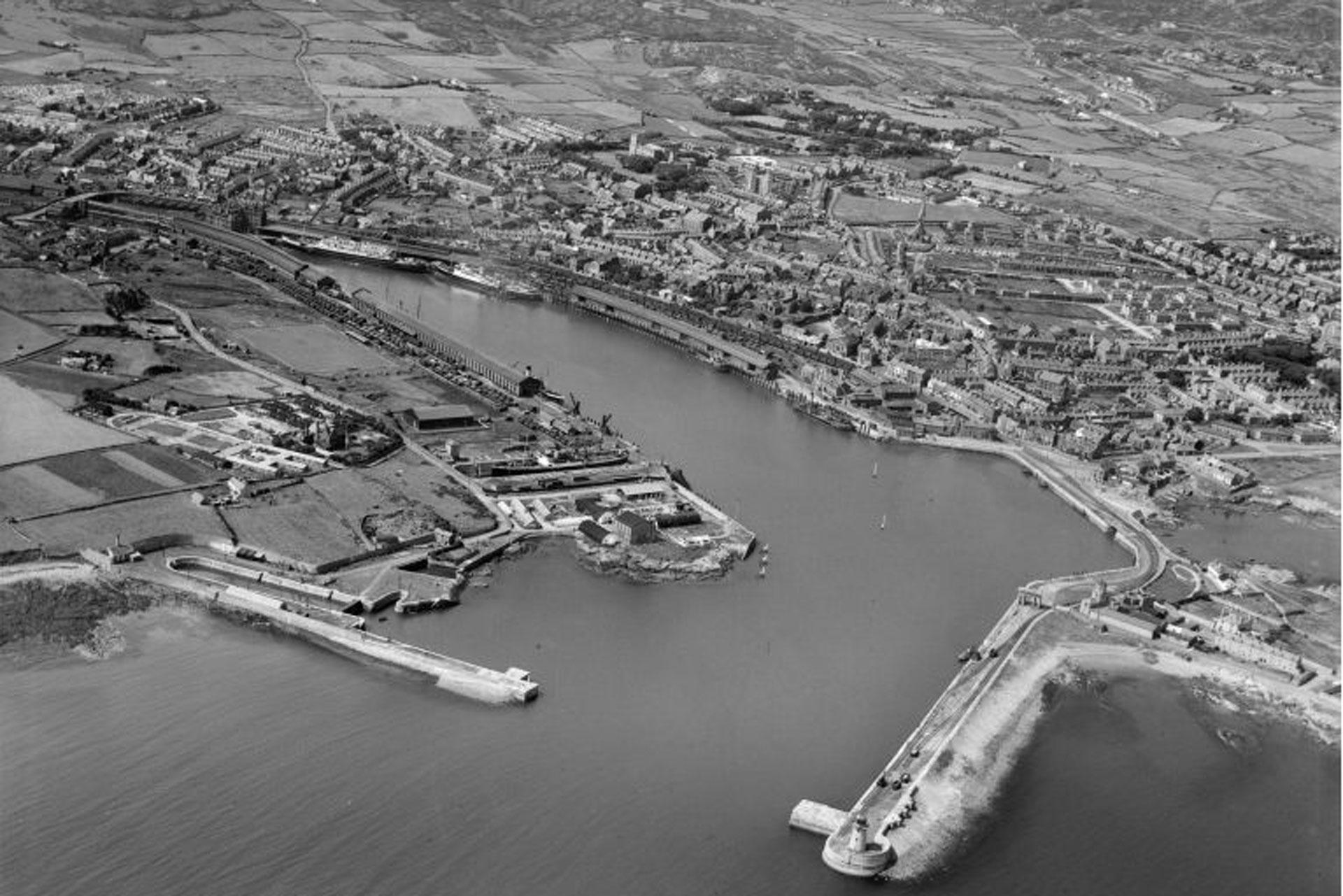 By 1914, it was acquired by the Government for use as a prisoner of war camp, but was soon transformed into a large munition production plant instead — manufacturing nitrocellulose, tetryl and TNT.

In addition, a temporary hospital set up on-site, treating around 19,000 people between 1916 and 1917. Today, the three buildings that made up the factory are still standing — owned and operated by Scottish Power.

Recognised as a Grade II listed building by Cadw in: August 2005

Usk Priory, which was originally a Benedictine nunnery, and Canolfan Henblas, a former Georgian Town House, have something in common.

In the build up to the D-Day invasion, the buildings were both requisitioned to serve as US Army barracks, housing many American soldiers who were stationed in Wales at the time. 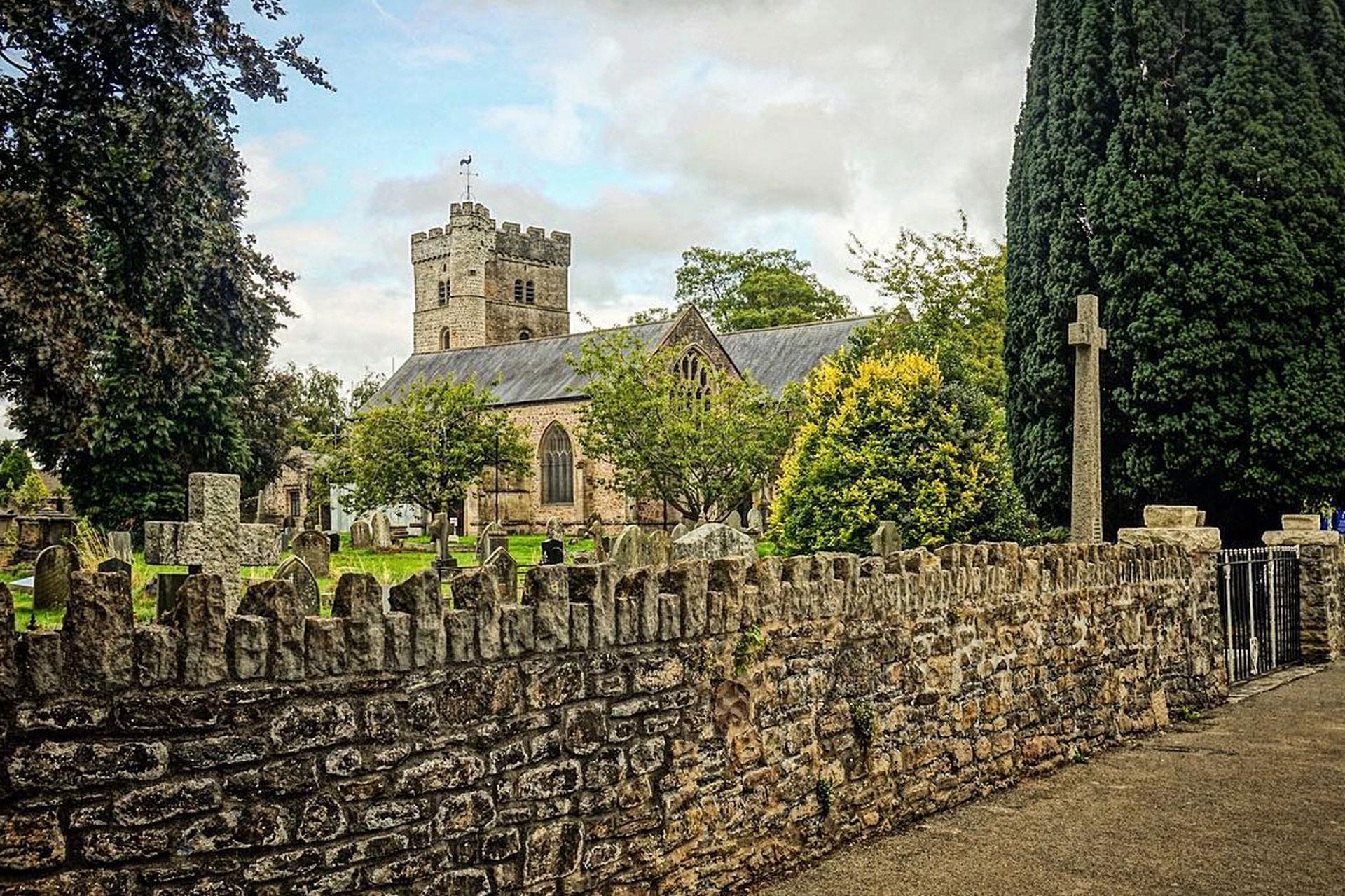 Between 1654 and 1916, Ruthin Gaol (an old-fashioned term for ‘jail’) started out as a ‘house of correction’ — an establishment where those ‘unwilling to work’ were sent for punishment and reform.

During the Second World War, it became a munitions factory with numerous adaptations made to the building to accommodate wartime production.

Today, the gaol is the only purpose-built, Pentonville-style prison open to the public as a heritage attraction.

Recognised as a Grade II listed building in: October 1950 (amended by Cadw in July 2006) 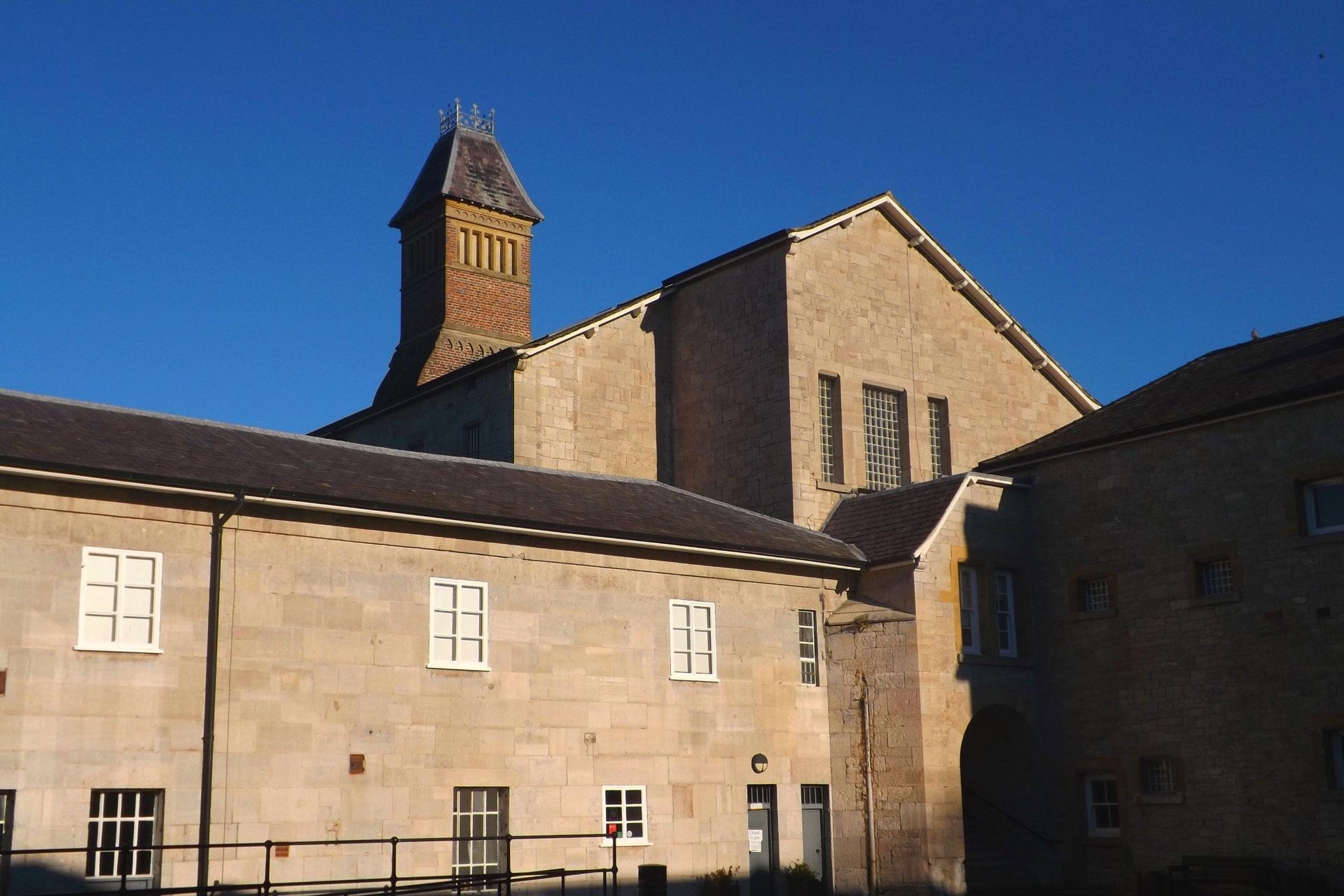 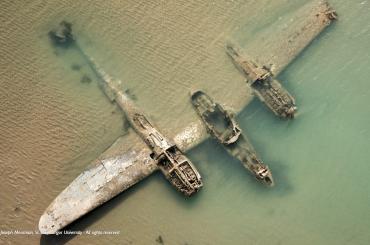 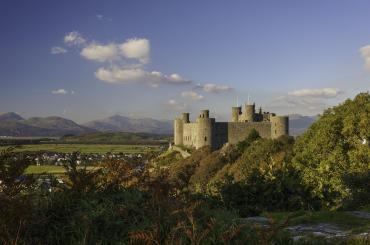