Based on the beloved Welsh folktale, The Mabinogion, the production will be performed for the first time at heritage sites across Wales from September, as part of the 2022 Children’s Festival of Welsh History.

An all-new adaptation of Y Mabinogi, by Struts and Frets Theatre Company, will tour 12 of Cadw’s inspiring historic sites across Wales this Autumn — with the classic tale being performed at centuries-old locations for the first time.

The site-specific, bilingual, adaptation of the Four Branches of The Mabinogi will be visiting some of Wales’ oldest sites — including Norman castles Caernarfon and Kidwelly, Neath Abbey, and St Davids Bishop’s Palace; with many tour locations dating back over 600 years.

The performance, which includes puppetry, live music, amazing costumes, thrilling storytelling and a multi-talented ensemble cast of 6, is set to dazzle young audiences with the exploits of well-known characters from the Mabinogion, including the giant king who waded across the sea, Bendigeidfran. 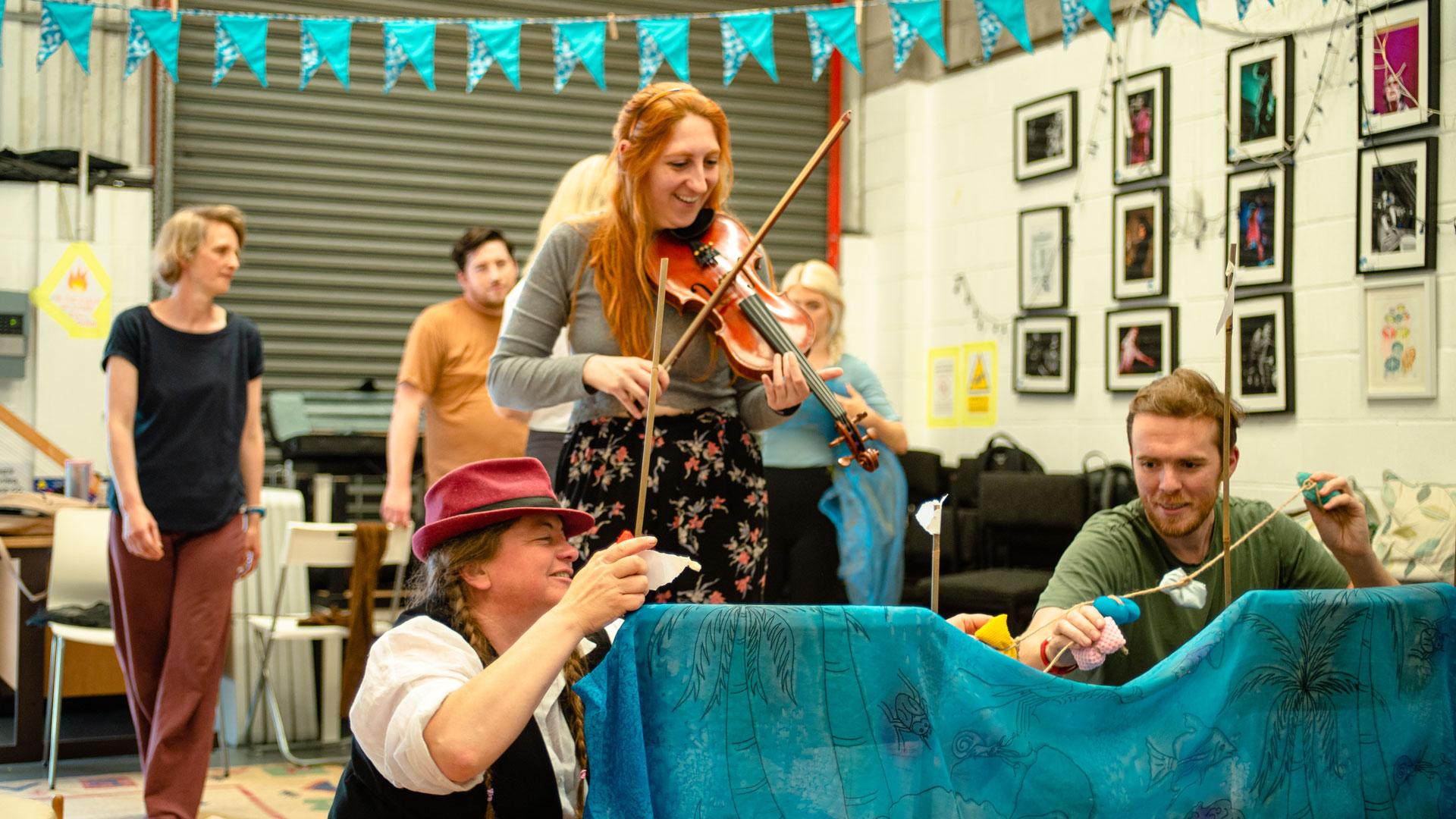 “This production is the realisation of a lifetime’s ambition of dramatising Welsh mythology in Wales’ historical sites, in Welsh, to share with Welsh schoolchildren (and adults). I cannot wait to see both actors and audiences be excited, entertained, and proud of their heritage in this celebration of Welsh identity.

“We are delighted to partner with Cadw and the Children’s Festival of Welsh History and look forward to sharing our adaptation of these classic and timeless tales with the children of Wales.”

In the production, the legends of Rhiannon, Blodeuwedd, and Pryderi will take children on an adventure through a time when magic coursed through the Welsh landscape, fantastical tales of giants filled the air, epic battles took place, and wizards cast their spells.

“The thing I’m most looking forward to about bringing Y Mabinogi to the stage is telling these enchanting stories in majestic castles to audiences who potentially have not experienced the magic of Y Mabinogion before.

“The stories are an incredible window into Welsh history and mythology – and they are lots of fun too!”

The 2022 Children’s Festival of Welsh History is returning to live, in-person performances for the first time since 2019, and will run from 12 September–21 October.

Thousands of children will get the opportunity to learn more about their history, as heritage and arts organisations come together to offer a full programme of events, both on location and digitally.

Alongside the performances at heritage sites, the festival will also offer a range of digital workshops facilitated by the National Museum of Wales, The National Library of Wales, Into Film and others.

Schools are being invited to book free sessions via the festival’s website, www.gwylhanes.cymru on a first come first serve basis.

Join us at the magical performance of Y Mabinogi
An exhilarating journey with elaborate puppetry, immersive storytelling, and original music.