Five listed buildings that helped to shape our musical history.

According to Huw Morgan from the 1940s classic film How Green Was My Valley, “singing is in Welsh people, as sight is in the eye” — and it’s true. In fact, Wales’s strong and harmonious relationship with music can be traced all the way back to the 6th century.

However, what is perhaps lesser known is just how deeply music is embedded within the walls of Wales’s built heritage. From places that housed bards and composers to spaces that inspired some of Wales’s most well-known anthems — here are five listed buildings with a musical story to tell in celebration of Welsh Language Music Day (5 February).

Let’s start with one of the most renowned pieces of Welsh language music of all time: Wales’s national anthem, Hen Wlad Fy Nhadau.

Composed in 1856, it originally gained momentum through performances at Eisteddfodau, before achieving national acclaim after being sung by Wales’ national rugby team in response to New Zealand’s Hakka in 1905.

Translated to Land of my Fathers in English, the popular anthem is aptly the work of father-son duo, Evan and James James.

A memorial to the legendary James composers was erected in their hometown, Pontypridd, in 1930. Listed in 2001, it features two bronze figures in Celtic robes; a man holding a harp to represent music and a woman to represent poetry.

Recognised as a Grade II* listed building in: February 2001 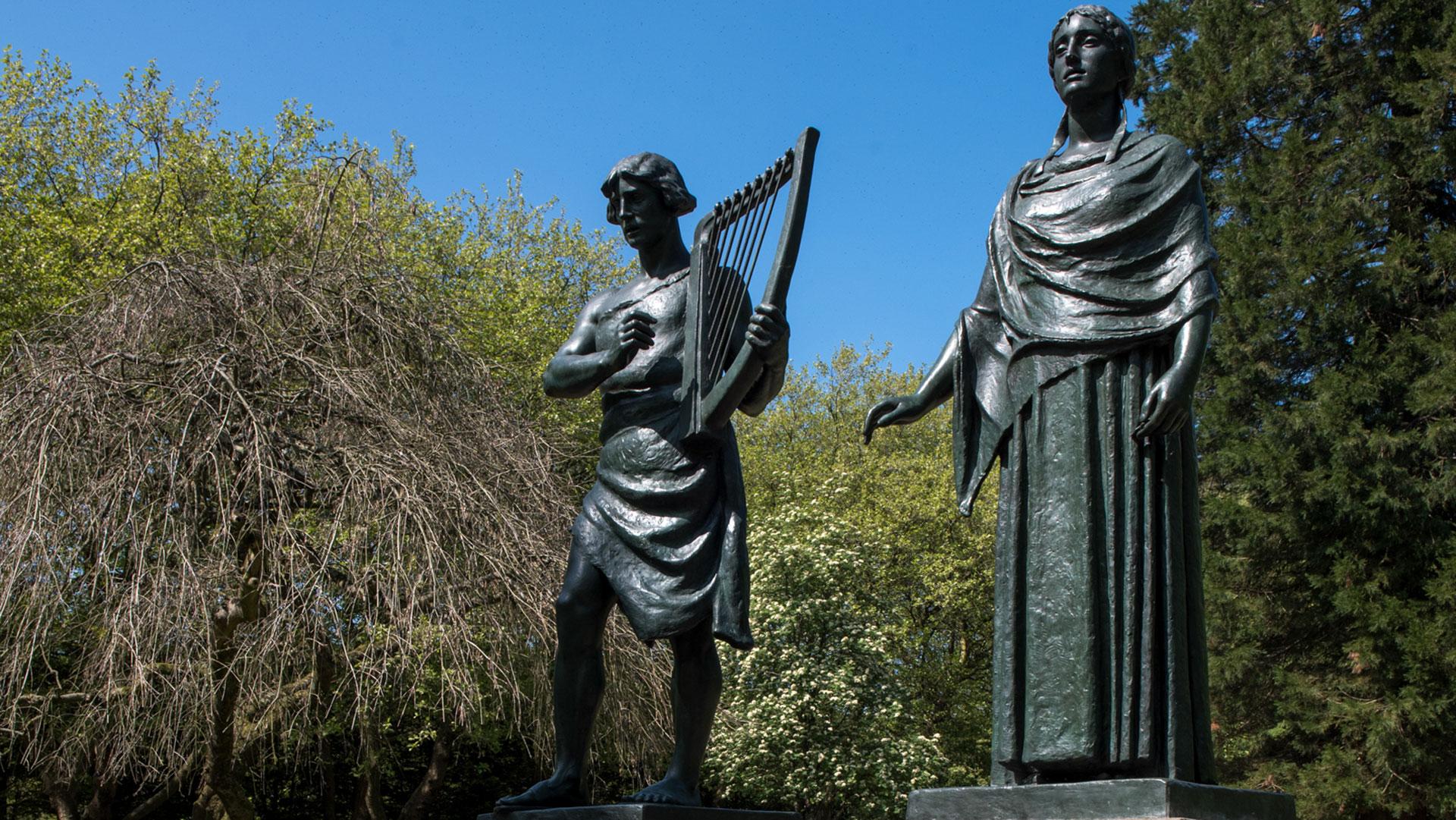 Today, it’s hard to imagine Wales’s national anthem as anything other than Hen Wlad fy Nhadau, but in the Victorian era, it had some competition.

Ar Dywysog Gwlad y Bryniau (God Bless the Prince of Wales in English) was first performed at the Caernarfon Eisteddfod in 1862, its lyrics the work of famous bard and collector of Welsh folk tunes, John ‘Ceiriog’ Hughes.

Though his lyrics to this tune never achieved the acclaim of Wales’s national anthem, his other works fared more successfully — with his edition of David Owen’s Dafydd y Garreg Wen becoming the first Welsh language song to be played on the radio, ever.

Ceiriog also had a day job as station master of Llanidloes Railway Station — an important station serving Mid Wales, Manchester, Milford Haven and Newtown — which has since been awarded listed status. 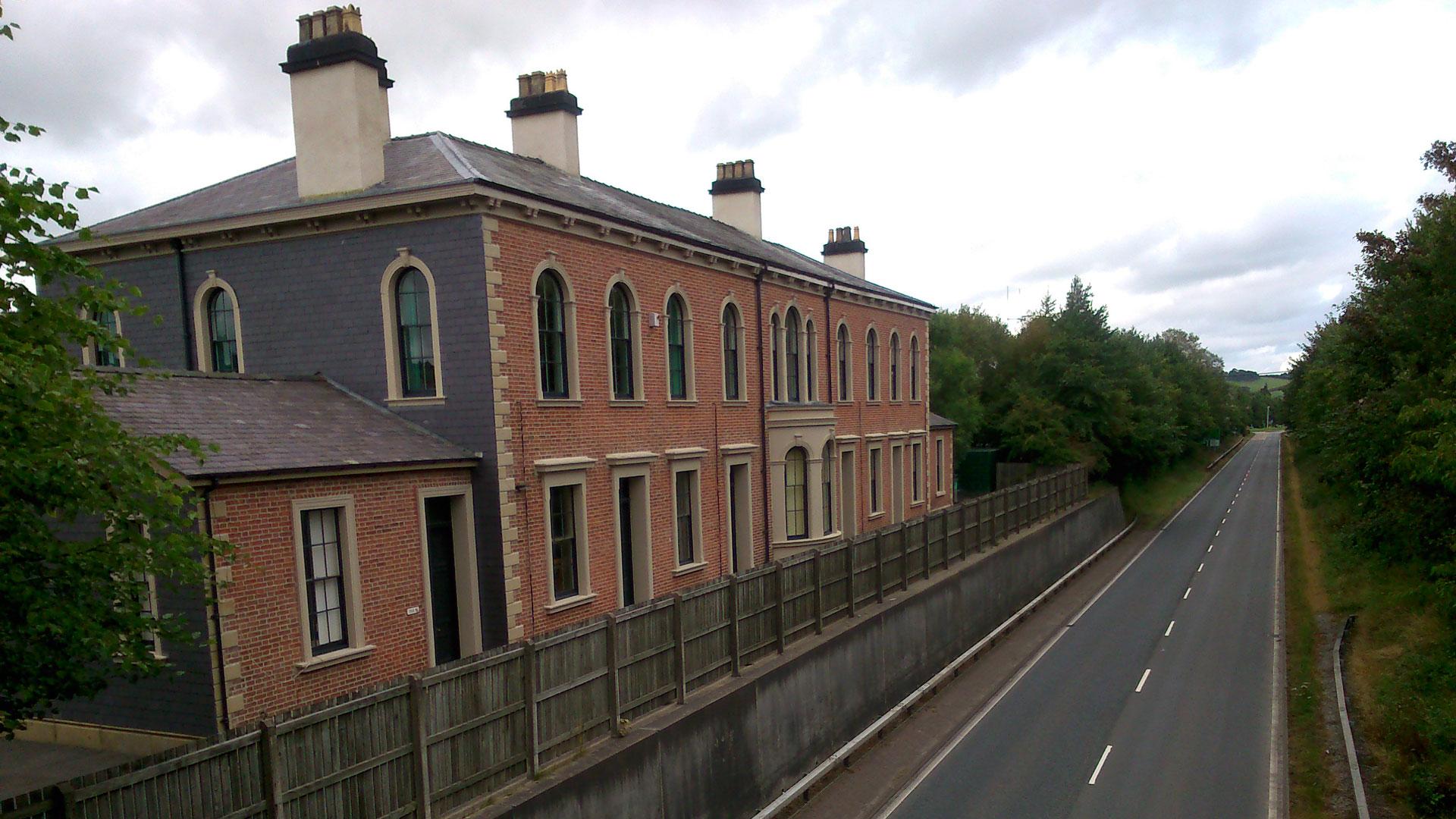 His talent for music only emerged after his family emigrated to Pennsylvania, America, where they settled in a large Welsh-speaking community. Parry took up work at an ironworks site and during a temporary closure, learned to read music from his musical co-workers.

His resulting success in the Eisteddfodau earned him two scholarships and sponsored his music degree at Cambridge University, after which he became the first Professor of Music at Aberystwyth University in 1874, before accepting a position at Cardiff University.

4 Chapel Road is not only now recognised as a Grade II-listed building, but it is run as a museum celebrating Parry’s life and achievements.

Recognised as a Grade II listed building in: August 1975 (amended by Cadw in January 1988) 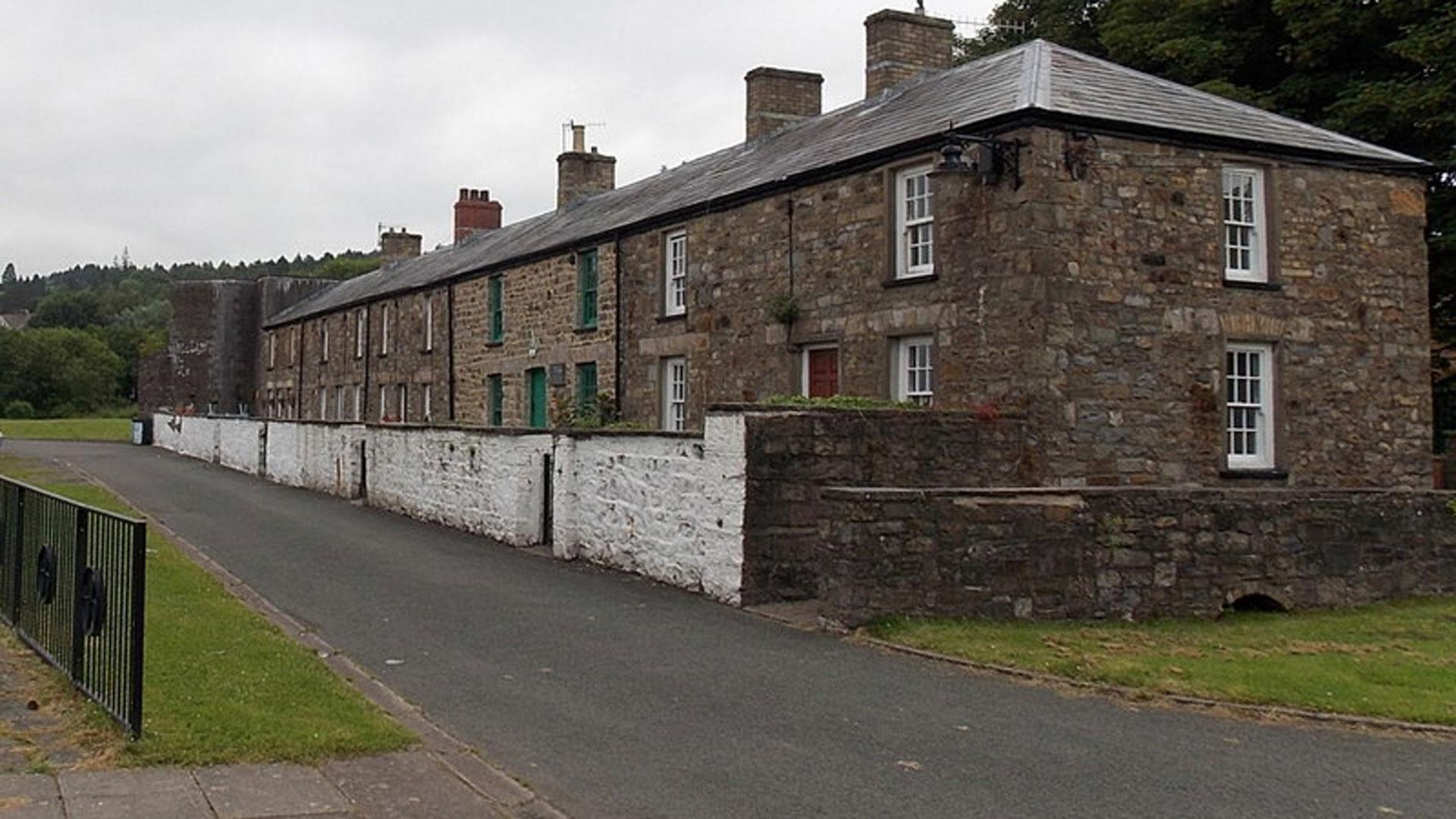 Llanelli was once nicknamed ‘Tinopolis’ for its worldwide saucepan and tin product exports.

Today, the listed engine-house, accumulator tower, boiler house and maintenance shed — which once powered the dock gates and maintained engines and rolling stock — are some of only a few surviving pieces of evidence as to the size and dominance of Llanelli’s tinplate industry in the 19th century.

Another less tangible piece of evidence as to the significance of Llanelli’s tinplate industry is Sosban Fach — a popular tune among workers in the south Wales tinplate industry. Today, it is closely associated with the Scarlets rugby team and can be heard echoing around the stadium on match days.

Recognised as a Grade II listed building in: February 1986 (amended by Cadw in March 1992) 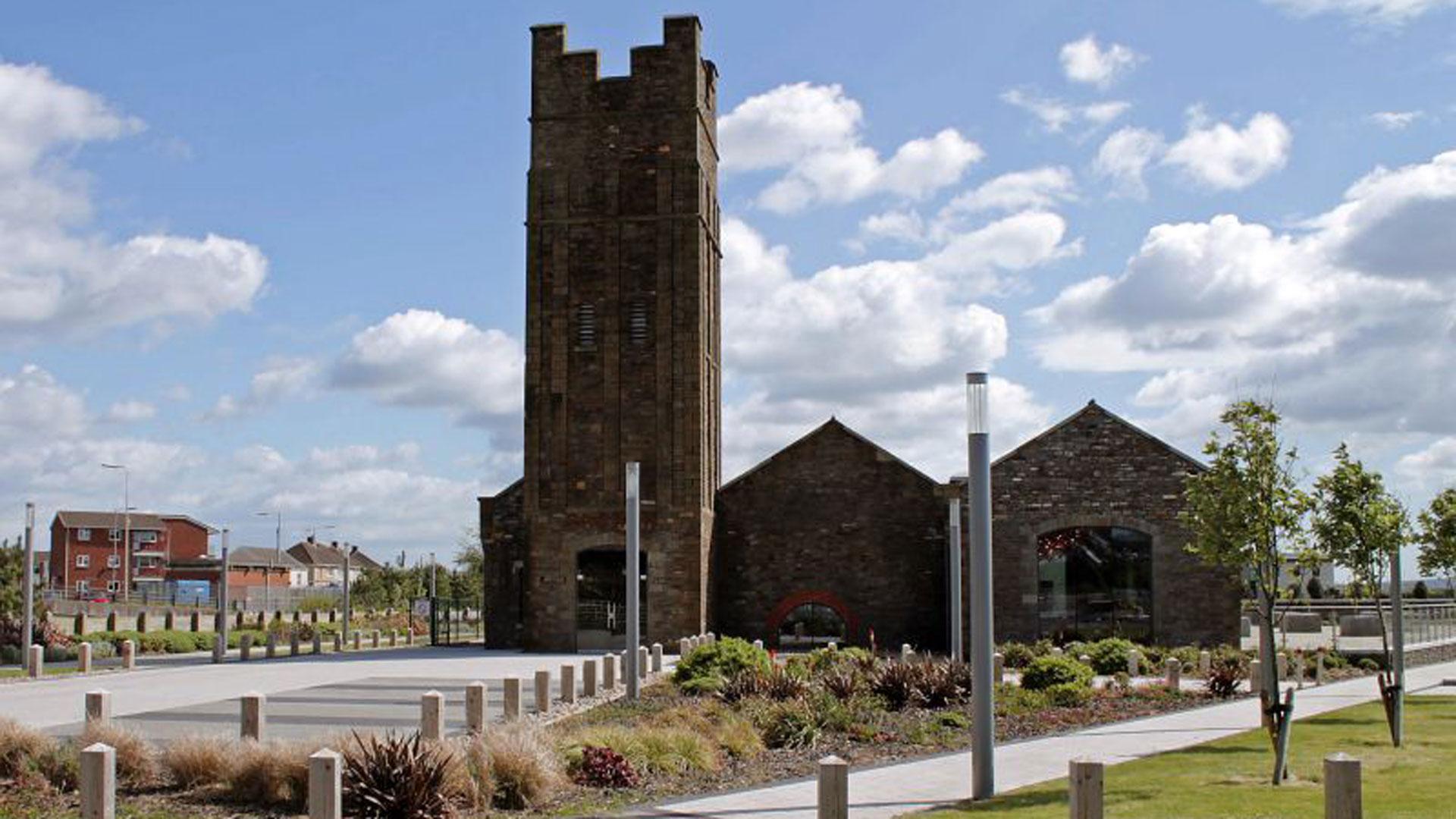 A significant period in Wales’s relationship with music is the 18th century Methodist revival. A figurehead of this movement was preacher William Williams, or William ‘Pantycelyn’ — his name inspired by his former home and now-listed farmhouse.

Converted to Evangelical Methodism, Pantycelyn used his talent for poetry to write hymns, earning him the title ‘y pêr ganiedydd’ (‘the sweet songster’). His best-known work, Arglwydd, arwain trwy’r anialwch (Guide me o thy great redeemer) was performed in English at the wedding of Prince Harry and Meghan Markle in 2018.

Williams lived at the farmhouse until his death at the age of seventy-four and it has remained in his family ever since.

Recognised as a Grade II* listed building in: November 1951 (amended by Cadw in February 1999) 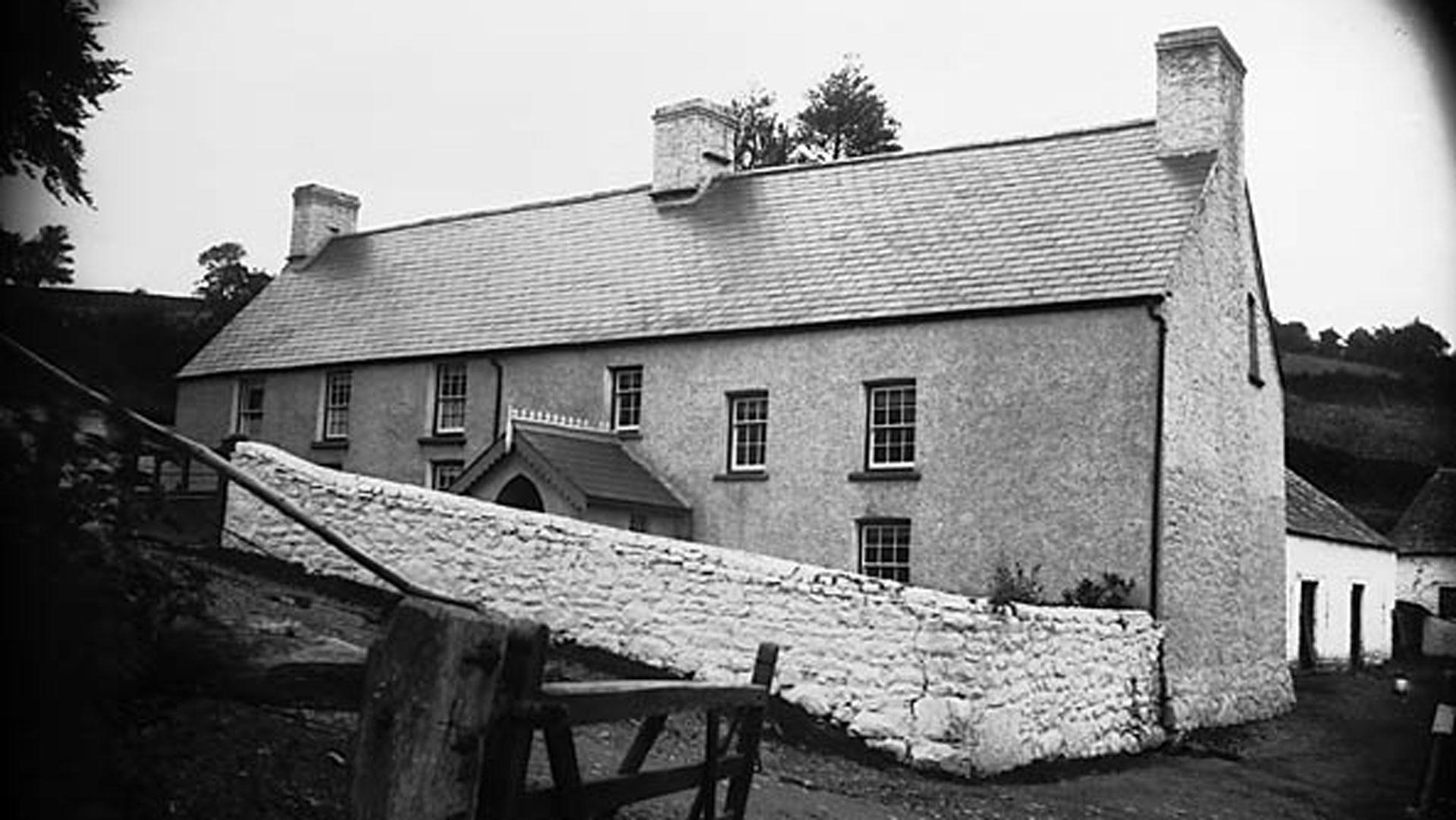