The newly listed Old Market Hall is at the heart of Blaenau Ffestiniog, Snowdonia’s ‘City of Slate’ surrounded by quarries and spoil tips.

It stands alongside the Ffestiniog Railway which once carried slate down to the harbour of Porthmadog and still operates as a tourist attraction.

The hall was built in 1861 at the start of the period when Blaenau Ffestiniog grew exponentially, as North Wales slate roofed the growing towns of the Victorian world. By the time the building was remodelled and enlarged in the 1880s, Blaenau Ffestiniog had grown to a population of 12,000 and was exporting 150,000 tons of slate per year across Europe, the USA and the British Empire.

The town became a stronghold of the Welsh language, which is still spoken by four out of five residents. Fittingly, the hall retains fireplaces with impressive slate lintels as well as a slate roof. 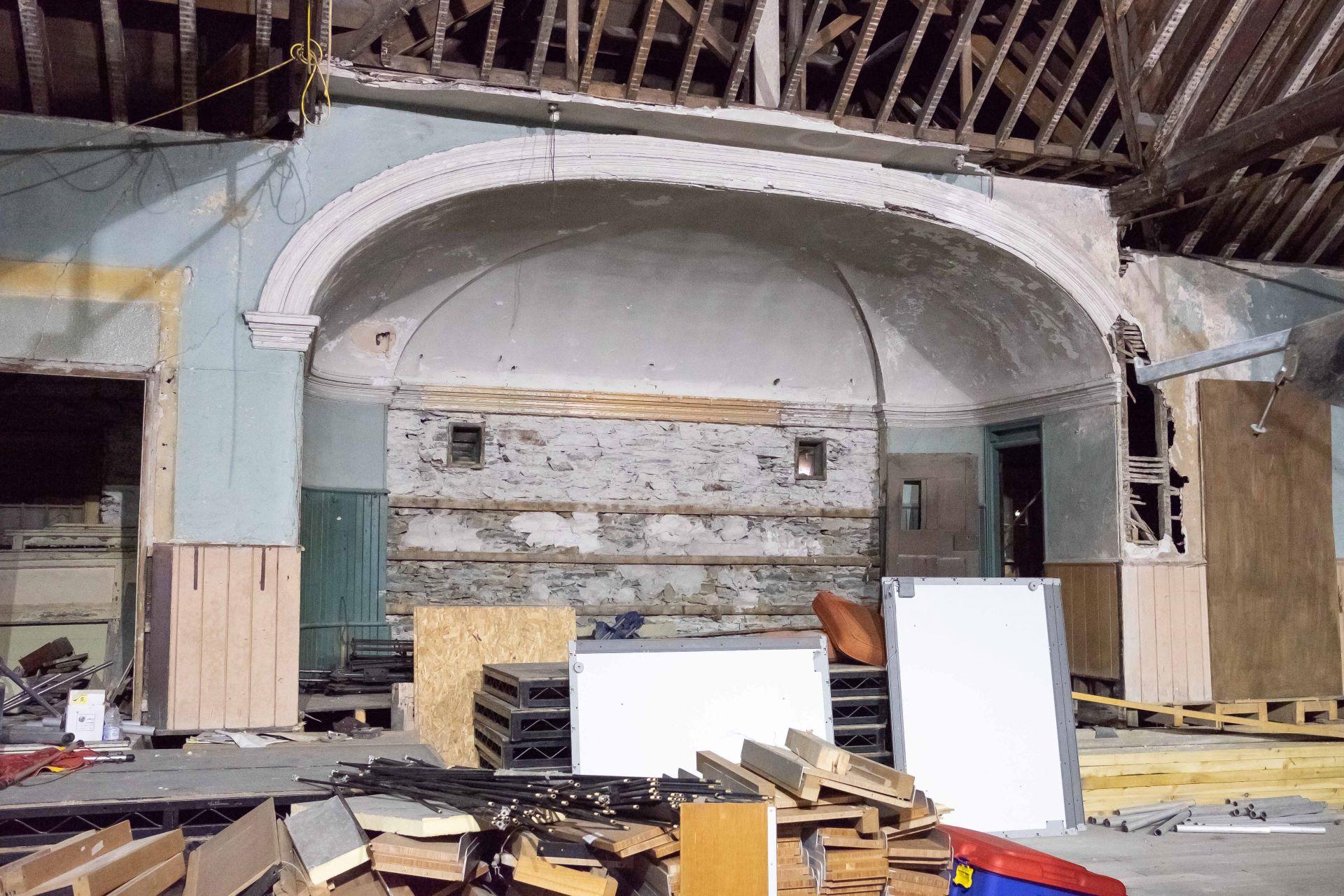 Designed by Owen Morris, this large market hall embodies the ambitions of Blaenau Ffestiniog in its heyday and was a centre for democracy and entertainment as well as business. The building once also served as the Town Hall and its upper floor was a theatre with a proscenium arch.

As a young man the future Prime Minister, David Lloyd-George, made his first speeches here campaigning for the Liberal party in the 1885 General Election. The hall declined along with the slate industry in the twentieth century, and was used as a factory before being mostly abandoned for the last forty years.

Now not only has the Old Market Hall become a grade II listed building, it is also within the Slate Landscape of Northwest Wales, which UNESCO inscribed in 2021 as the fourth Welsh entry on the World Heritage List. It joins such amazing places as the Great Wall of China, Göbekli Tepe, and Inaccessible Island on the United Nations’ prestigious list.

This is an edited version of an article which first appeared in Listed Heritage, membership journal of The Listed Property Owners’ Club. Information on how buildings are chosen for listing and how to request a building be added to the list can be found here.