From the outside this building on Lower Cosmeston Farm in the Vale of Glamorgan isn’t obviously any older than the other farm buildings around it.

Inside, though, can be seen the remains of grand fireplaces which have been little used during the last century while cows and horses have occupied the building. These features are evidence of the building’s beginnings as a farmhouse probably over 400 years ago.

Reading the building, we can see that this house was enlarged in the seventeenth and eighteenth centuries, before an entirely new farmhouse was built nearby and the old house was converted into a barn and stables in the late nineteenth century. Further changes came later, such as re-roofing in corrugated iron. 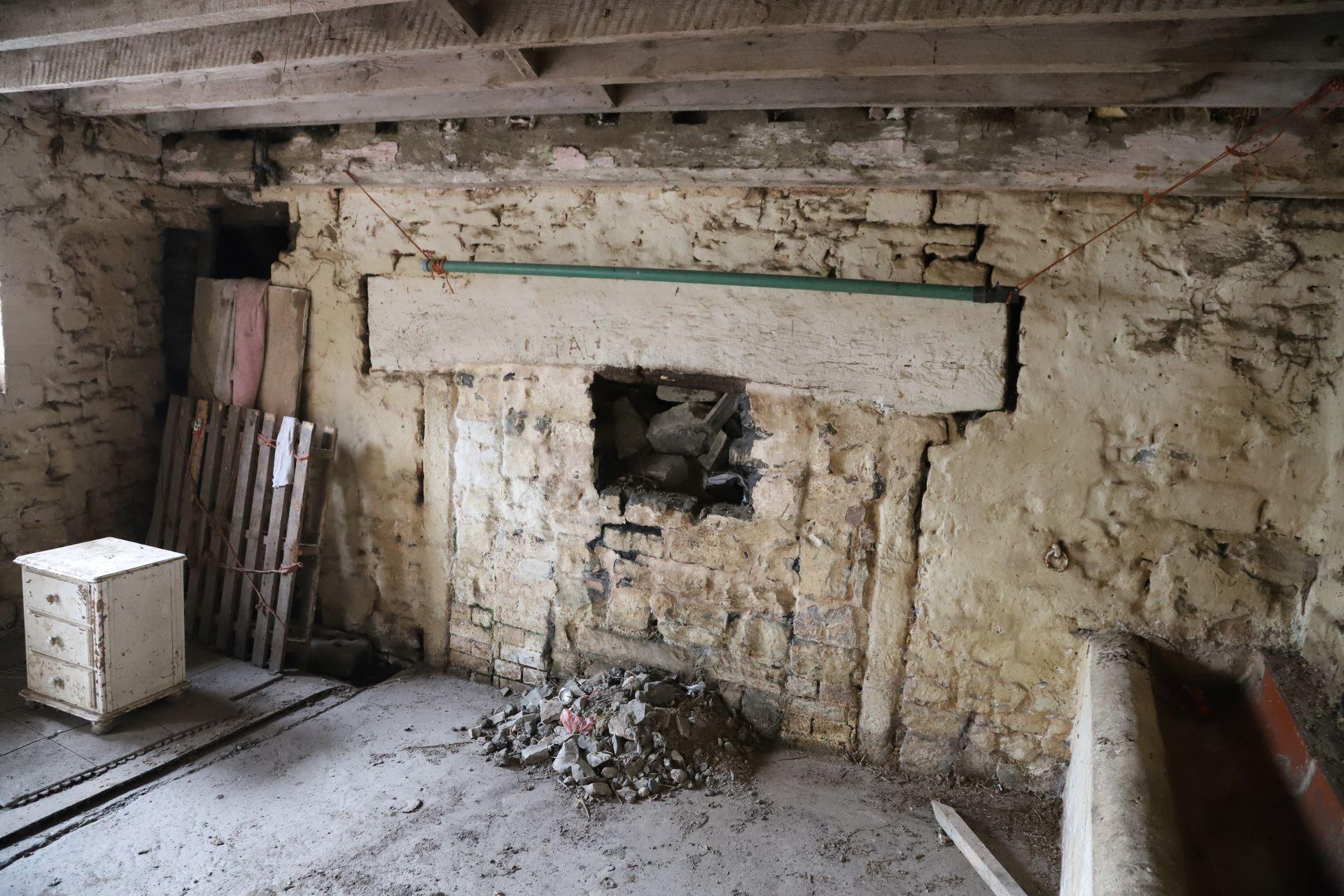 The original house marked a resurrection of Cosmeston village. The name Cosmeston comes from the Norman de Costentin family who settled here around the end of the eleventh century, during Robert Fitzhamon’s incursions against the Welsh kings to create the Lordship of Glamorgan. The hamlet grew until it was struck by the twin disasters of the Black Death and the Glyndŵr war, and was abandoned by the early fifteenth century.

The area was left to wild nature for more than a hundred years before this farmhouse was built. By now the land was owned by the Herbert family, descendants of Dafydd Gam who had led Welsh Royalists against Owain Glyndŵr and later died at Agincourt. The population was growing again and deserted land was reclaimed.

Cosmeston is now a large and growing suburb of the seaside town of Penarth. The ruins of the earlier abandoned village were rediscovered by archaeologists in the 1980s and have been imaginatively rebuilt as Cosmeston Medieval Village. The remains of the post-medieval farmhouse were recently rediscovered by local investigators and have now been listed at Grade II by Cadw.

This is an edited version of an article which first appeared in Listed Heritage, membership journal of The Listed Property Owners’ Club.

Find out how buildings are chosen for Listing and how to request a building be added to the List.