Sitting on a low wooded hill overlooking a wide plain of arable and pasture land, Pen-y-Graig (Welsh: ‘top of the rock’) in Denbighshire has stood witness to centuries of changes in farming and rural Welsh life.

Its oldest surviving timbers are late medieval, but in the seventeenth century the farmhouse was rebuilt in stone quarried from the hill. An upper floor and chimney stack were introduced at this time, allowing greater comfort and privacy for the farmer and his family and setting them further apart socially from their farmhands.

In the early 1800s, following the enclosure acts and the agricultural revolution, the house was upgraded again with a rear wing added that is taller than the old house. This was followed later by a dairy wing and a wash-house.

The now grade II* listed house contains surviving features from every era of its long history. A painted inscription in an upstairs room reads ‘JW:EB 1775’. We do not yet know whose initials these are, or much about the farmhouse’s inhabitants over the centuries. 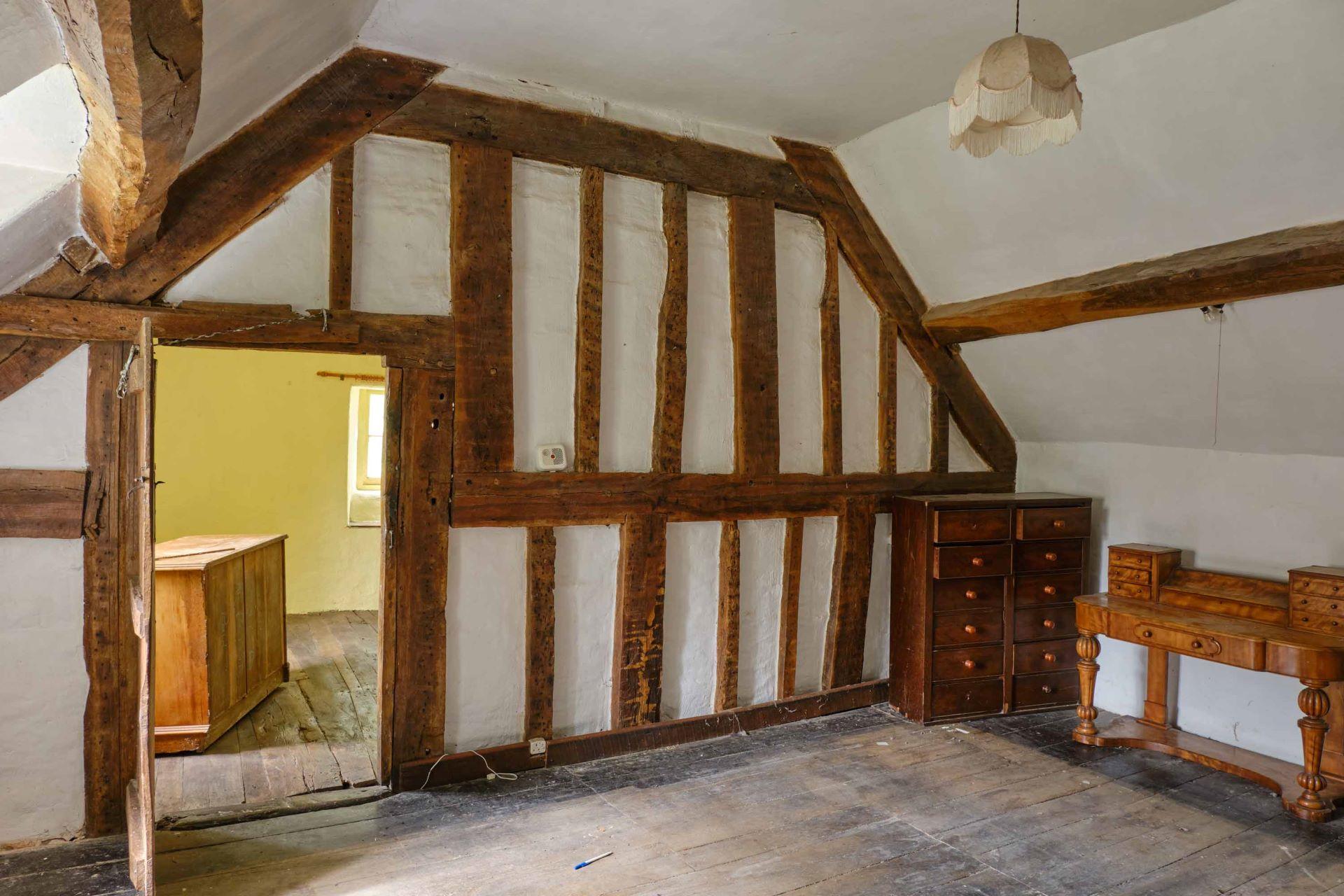 The Victorian judge and MP Watkin Williams claimed that his family had been the occupiers of Pen-y-Graig and that they had been amongst the first religious non-conformists in the area.

Watkin Williams made the first call in Parliament to remove the Church of England’s status as the official religion of Wales, since by his time Anglicans in Wales were greatly outnumbered by the Methodists, Baptists and Independents. Embarrassingly, Williams died of a heart attack while visiting a brothel in Nottingham in 1884, but his cause lived on and ultimately succeeded in 1920.

Now listed at grade II along with the house are a nineteenth-century granary, cart-house and stables, a cow house, a tŷ bach (Welsh: ‘small house’, an external toilet) and a Dutch barn added just after the Second World War.

This is an edited version of an article which first appeared in Listed Heritage, membership journal of The Listed Property Owners’ Club.

Find out more information on how buildings are chosen for Listing and how to request a building be added to the List.