It’s only natural that the home of the Eisteddfod has bred its fair share of poets — from medieval bards to wartime laureates and modern-day wordsmiths.

Today, on World Poetry Day (21 March), we’re looking at two of Wales’s most renowned poets and exploring the legacies they’ve left behind — on the historical buildings of Cymru.

Named after Dylan ail Don from the ‘Mabinogion’, Dylan Thomas was born on 27 October 1914 at No. 5, Cwmdonkin Drive in Swansea.

Nestled in the heart of Cwmdonkin where Thomas spent most of his childhood, the semi-detached Grade II listed building — now under the protection of Cadw — proved to be a significant influence in the poet’s work. It even featured in one of his last pieces: ‘A Child’s Christmas in Wales’. 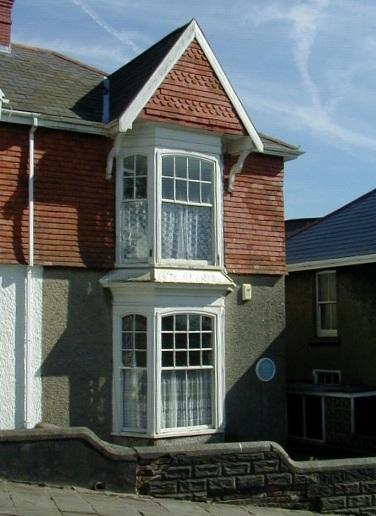 Dylan wrote exclusively in English and was never taught Welsh. Sadly, he even received elocution lessons to prevent him developing a Welsh accent that his parents feared would hold him back.

The young poet attended Swansea Grammar School where his father was the head English teacher — and it was at this Gothic, now Grade II listed building that he began writing his earliest poems. Despite leaving at the age of sixteen, his first collection, ‘Light breaks where no sun shines’ was published just four years later. 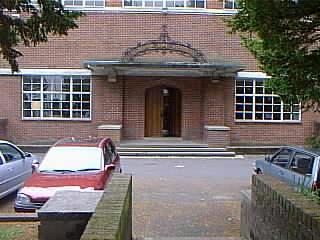 Dylan then took a short-term job as a reporter at Swansea’s South Wales Daily Post and later, he worked as a freelance journalist, whilst continuing to write short stories, reviews and scripts for film and radio.

Over time, his work grew in notoriety both in the UK and USA — with one of his most famous poems, ‘Do not go gentle into that good night’, featuring in the 1996 film, Independence Day.

His far-reaching work was heavily influenced by his childhood and upbringing in Wales — as shown through short poem ‘Fern Hill’. Published in 1945, the poem recalls his childhood stays at his Aunt and Uncle’s Farm House in Llangain, now a Grade II listed building protected by Cadw.

Thomas spent his latter years writing in a Boat House in Laugharne and a nearby converted toolshed — referring to the now Grade II listed Boat House as “a sea-shaken house on a break-neck of rocks”.

The celebrated poet was in New York at the time of his death on 09 November 1953 and was brought back to Laugharne — where has was buried at St Martin’s Church. Both his Boat House and the toolshed have been carefully preserved since his untimely death and are run as a tearoom and heritage centre by Carmarthenshire County Council. 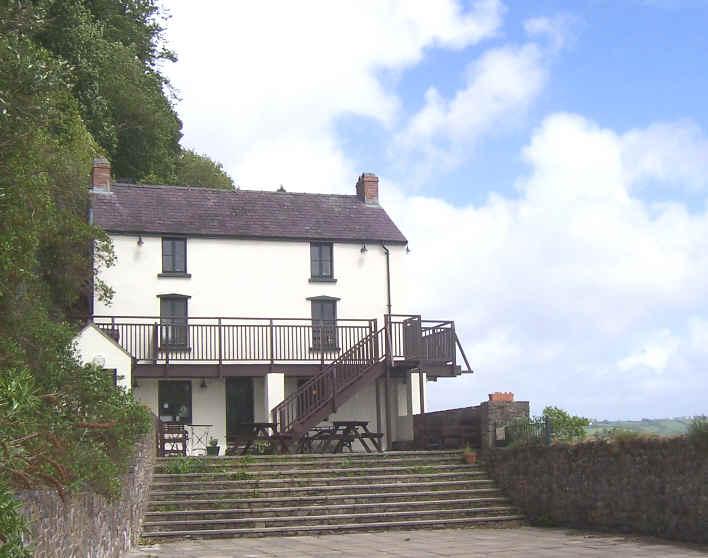 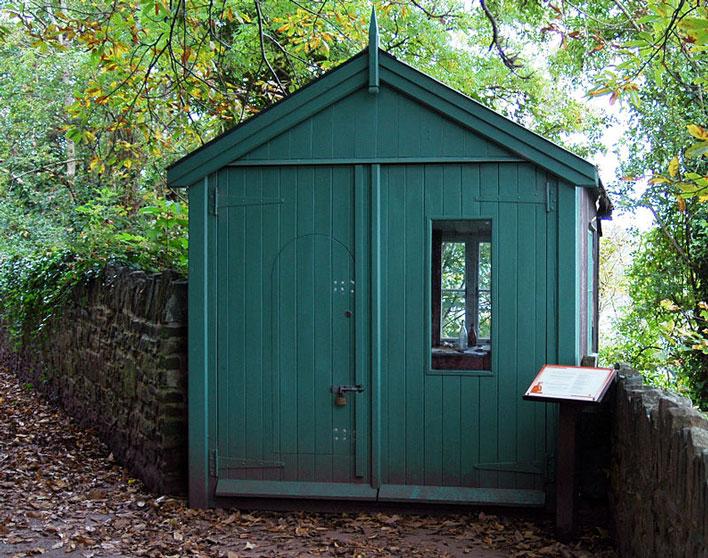 The Boat House and toolshed: recognised as a Grade II listed building in July 1968

Dylan Thomas’s collection of work can be  explored and read here: https://www.dylanthomasboathouse.com/

Dafydd ap Gwilym lived in the 14th century and is generally regarded as one of medieval Europe’s best poets — and the greatest Welsh language poet of any age.

Said to have been born of noble families at Brogynin, Penrhyn-Coch, the poetic tradition had been present in his family for many generations and it was thought that it was his uncle, Llywelyn, who helped teach Dafydd the art.

As constable for Newcastle Emlyn, the poet spent much of his childhood with Llywelyn, in and around the now Grade I listed castle. Following the murder of his Uncle, Dafydd’s passionate elegy to him further cemented this narrative. 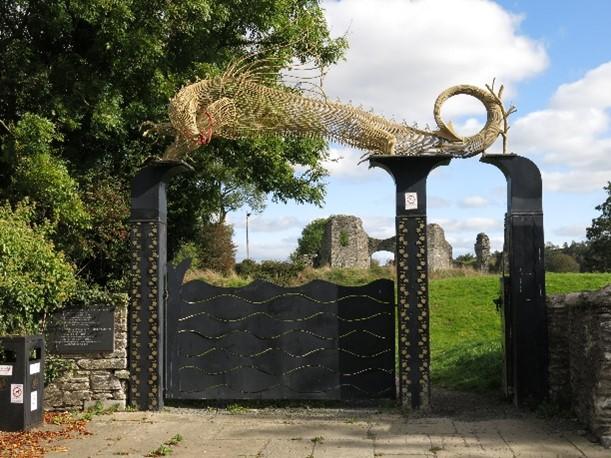 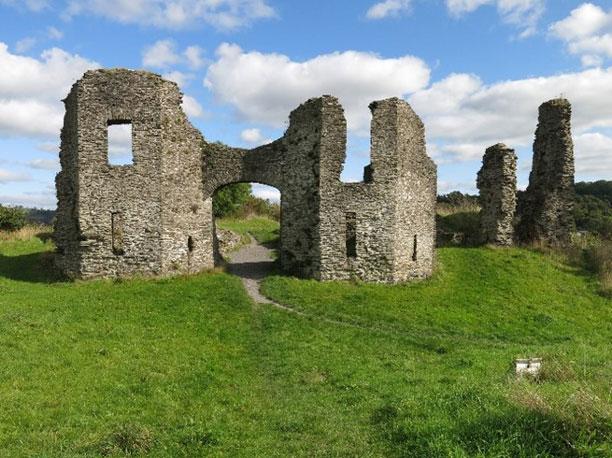 Newcastle Emlyn Castle: recognised as a Grade I listed building in August 1991

Like Dylan Thomas, ap Gwilym’s poetry was heavily influenced by his upbringing and personal life, however, for the time this was very unusual. Poetry usually centred on religion or politics, where powerful feudal lords would pay bards to write about them as a form of political advertising.

Dafydd ap Gwilym, however, wrote about romance — or rather, a lack thereof! One of his most famous poems, ‘Merched Llanbadarn’, discussed his failed attempts to flirt with women when attending the Church of St Padarn in his hometown, Llanbadarn Fawr.

Though tongue-in-cheek, lines of Dafydd’s poetry were incorporated into the redecoration of the Church in the 1980s, which has since become a Grade I listed building — protected by Cadw. 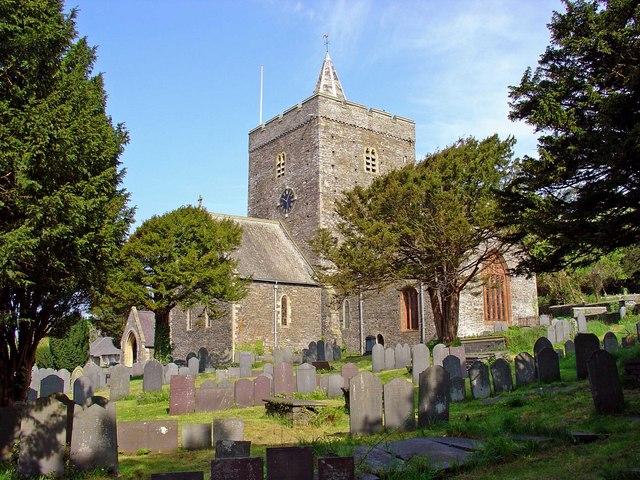 Llanbadarn Church: recognised as a Grade I listed building in January 1964

Perhaps one of Dafydd’s most famous poems and possibly his last was ‘Englynion Bardd i'w Wallt’ or ‘Poem to the Poet’s Hair’ in English — which addressed the discovery of his first grey hair as a symbol of an existential crisis.

There are many theories surrounding the life and death of Dafydd ap Gwilym, with estimates of his age at the time of death varying from 30 to 50. It was thought he was a victim of the Black Death which struck in Wales in the middle of the 14th century, however even the site of his burial has been disputed.

Both Strata Florida Abbey and Talley Abbey — both listed Cadw sites — have been suggested as possibilities. 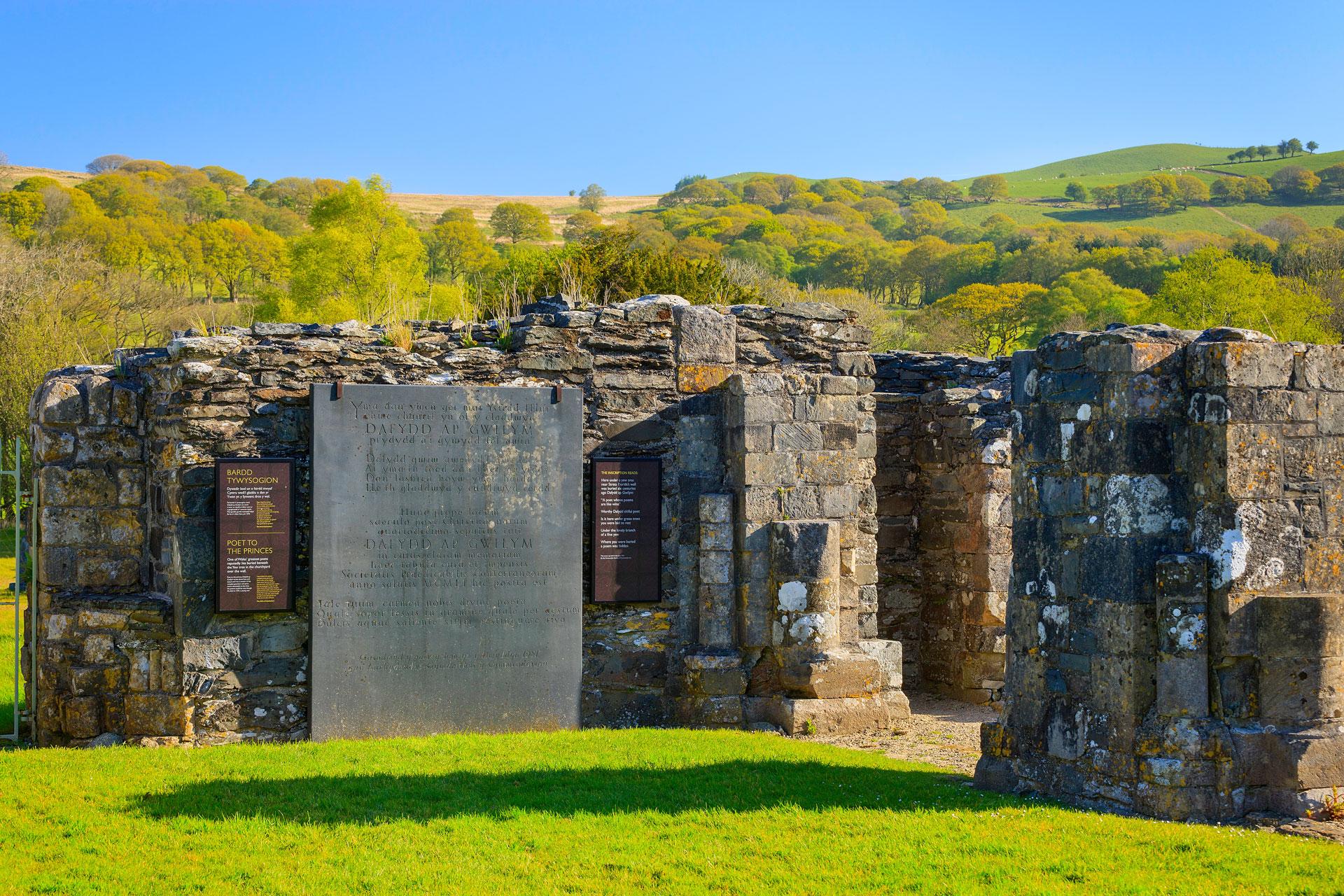 Strata Florida Abbey: recognised as a Grade I listed monument in December 1963 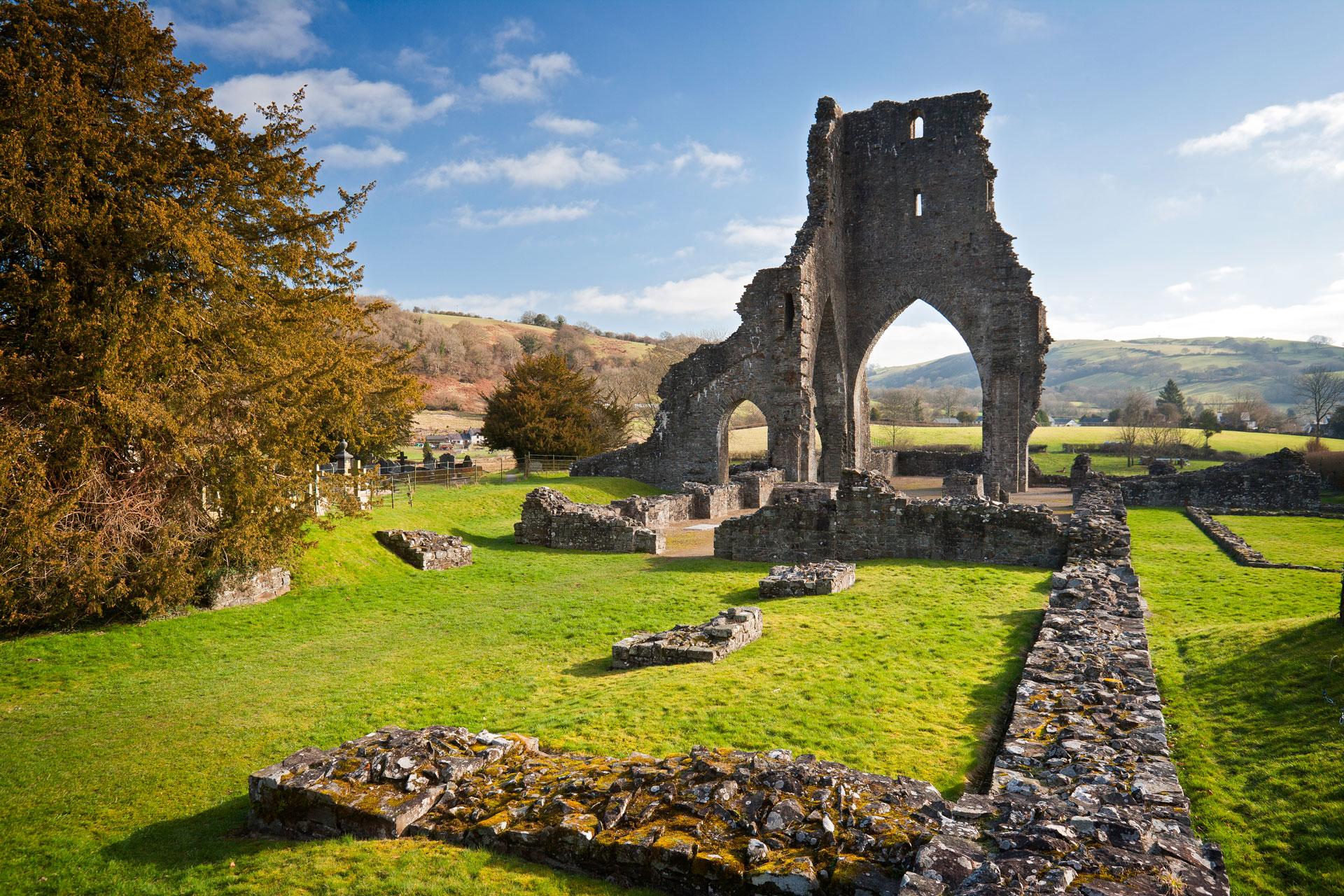 Despite his short lifetime and the many uncertainties surrounding his life and death, what is undeniable is the role Dafydd ap Gwilym had in shaping the tradition of poetry for centuries to come. Controversial as he was revolutionary, he is regarded as a ‘Welsh Hero’ in a statue commissioned by DA Thomas in the early 20th century.

The statue of him playing the harp can still be seen in in Cardiff City Hall today, which is also registered as a Grade I listing. 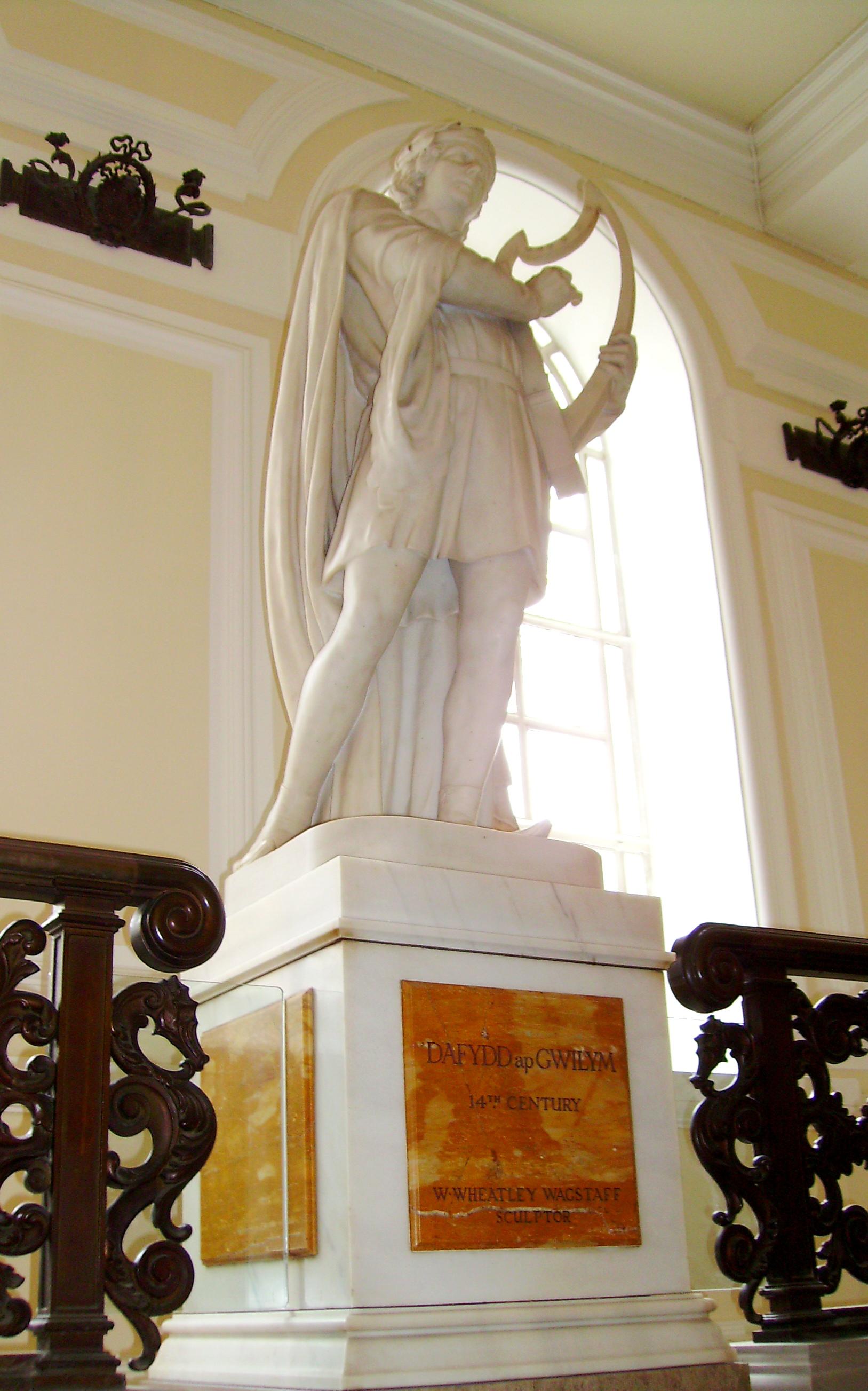 Dafydd ap Gwilym statue: recognised as a Grade I listed monuments in January 1966