The time before the Romans came to Britain in AD 47 is referred to as prehistory because it’s before the written word came to these islands. This implies that we don’t know much about what happened in the ‘dim and distant past’. In fact, we know a great deal…

Wales, of course, didn’t exist in the way we understand it today. There was no Wales/England border; more to the point, Great Britain was still attached to mainland Europe, before sea levels rose and we became an island nation.

The dead reveal their details

Peoples roamed the landscape from far and wide. It’s reckoned that Neanderthals, an extinct species of humans, settled in Wales around 230,000 years ago. Excavations at Pontnewydd Cave near St Asaph have revealed simple stone tools and human teeth (discovered by National Museum Wales and now part of its collection) from this period.

Homo sapiens, our ancestors, arrived about 31,000 BC. Wales is home to Western Europe’s earliest formal human burial. Bones known as the ‘Red Lady of Paviland’, around 33,000 years old, were found in a sea-cave on the Gower Peninsula. The ceremonial burial of the ‘lady’ – in reality, biologically a man whose bones had been dyed red – tells us that such rituals were taking place much earlier than was originally thought.

The last Ice Age gripped Wales for 100,000 years. It was not until this inhospitable glacial period ended around 12,000 years ago that Wales was properly settled, starting in Mesolithic (Middle Stone Age) times, running through the Neolithic (New Stone Age) era to the Bronze Age, a period roughly spanning 8,000–800 BC.

Wales has a wealth of remains from these times, most notably the monuments scattered across the landscape used for burial and ceremonial purposes. Two of the most intriguing burial chambers are at opposite ends of the country. On Anglesey there’s Barclodiad y Gawres, (‘The Giantess’s Apronful’) - above - which displays fascinating details of prehistoric rock art.

Pembrokeshire’s Pentre Ifan (below) is made of the same local ‘bluestones’ that – somehow – were transported to form part of Stonehenge, Britain’s most famous ancient monument.

It’s an ongoing story. Recent exciting finds at Llanfaethlu on Anglesey are those of an early Neolithic village – the first to be discovered in North Wales – which reveal a cluster of four houses.

Stones weren’t just revered or religious objects. In the hills above Penmaenmawr there’s an amazing axe ‘factory’ – Neolithic and very prolific – that turned out hammerstones and axe heads since found across Wales and England.

Another notable innovation from this period was agriculture. The first farmers made their appearance, taming the landscape by cultivating crops and raising livestock.

Putting the pedal to the metal

The next evolutionary step takes us from stones into metalware, initially copper but later bronze (the latter an alloy consisting mainly of copper). The Bronze Age ran from around 2,300 to 800 BC. Burial and ceremonial rites and practices continued, though the most striking reminder from this period is the extraordinary Great Orme Copper Mine above Llandudno, reputedly the world’s largest known prehistoric mine.

The coming of the Celts

The Iron Age in Wales from around 800 BC is characterised by the newly discovered creation of iron, stunning Celtic art and the construction of hillforts. In contrast to the Bronze Age we have much less evidence of how the living treated their dead. But look upwards almost anywhere in Wales and you’ll sense the ghostly presence of monuments new to the Iron Age. Many Welsh hills (over 600) are still crowned with massive, weather-beaten earth and stone enclosures, major feats of engineering all dug by hand. A classic example is Crug Hywel (‘Howell’s Fort’), the flat-topped summit that looms above the little town of Crickhowell in the Brecon Beacons.

When the Romans began to invade our shores, they kept a written record. The natives, often referred to as ‘Celts’, were described as primitive savages, prone to tribal groupings and guerrilla warfare. But how much of this was in reaction to the threat of invasion? And how much is biased Roman propaganda? After all, history is usually written by the winners…

Let’s not forget that at the dusk of prehistoric times the people of Wales were the people of Britain, sharing a common culture. Our current notion of Wales and England did not exist. The plight of the native Britons against the invading Romans is a tale for another day.

Step back into our prehistoric past 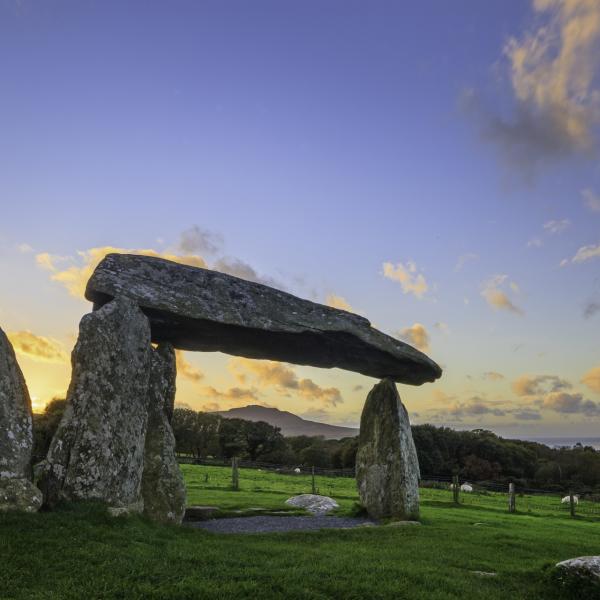 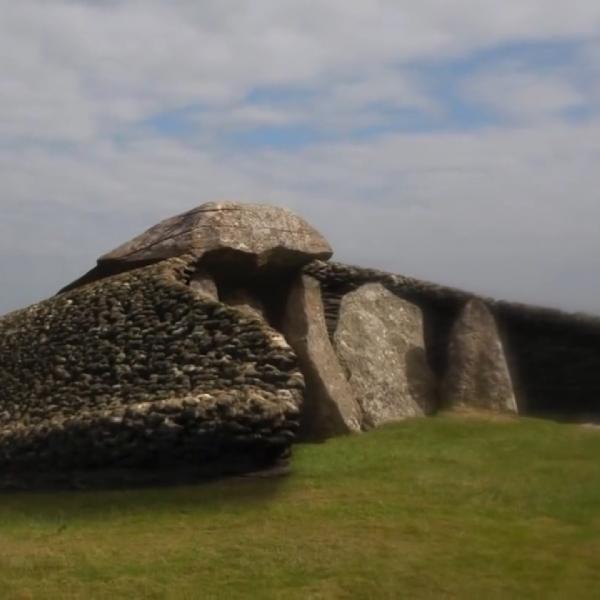