Head inside the restored ironworkers’ cottages (which you may remember from the BBC series Coal House). Explore the company truck shop, two exhibition rooms including 3D models of the site and the surrounding landscape; absorb the sights and sounds of a blast furnace through  an audio visual experience; plus you can also investigate  the furnaces, kilns and ironworks’ buildings, a key part of a large UNESCO World Heritage Site covering much of Blaenavon. 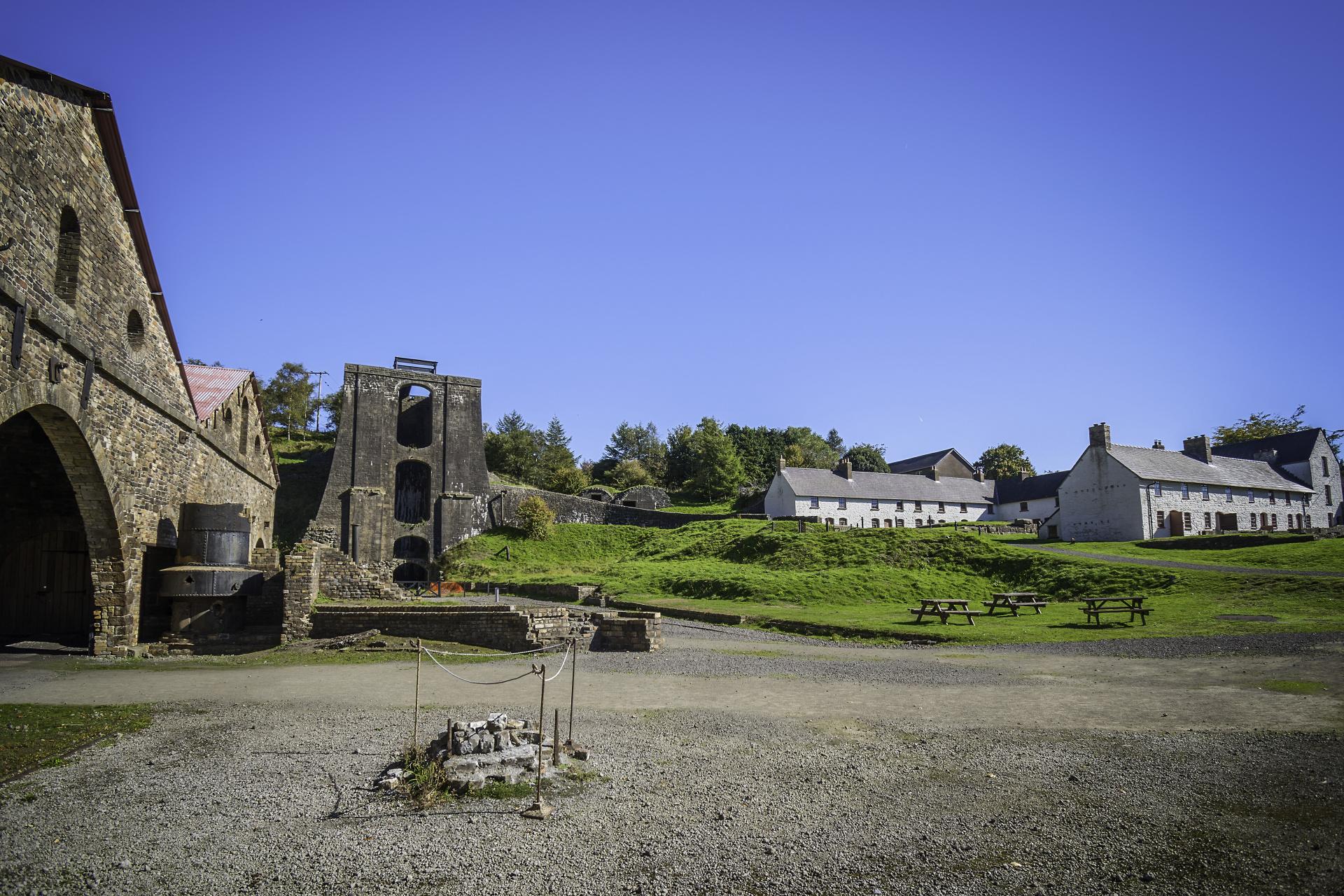 See how the former residents of Roman Isca (Caerleon) liked to unwind after a busy day. With heated changing rooms, hot and cold baths and an open-air swimming pool – all now safely undercover – it was the Roman equivalent of a modern-day leisure complex and an essential feature of daily life for the legionaries and civilians who lived here 2,000 years ago. You’ll become part of that daily life with interactive items covering everything from cosmetics to clothing, gambling to military equipment. There are also four touch-screen games and three audio points. 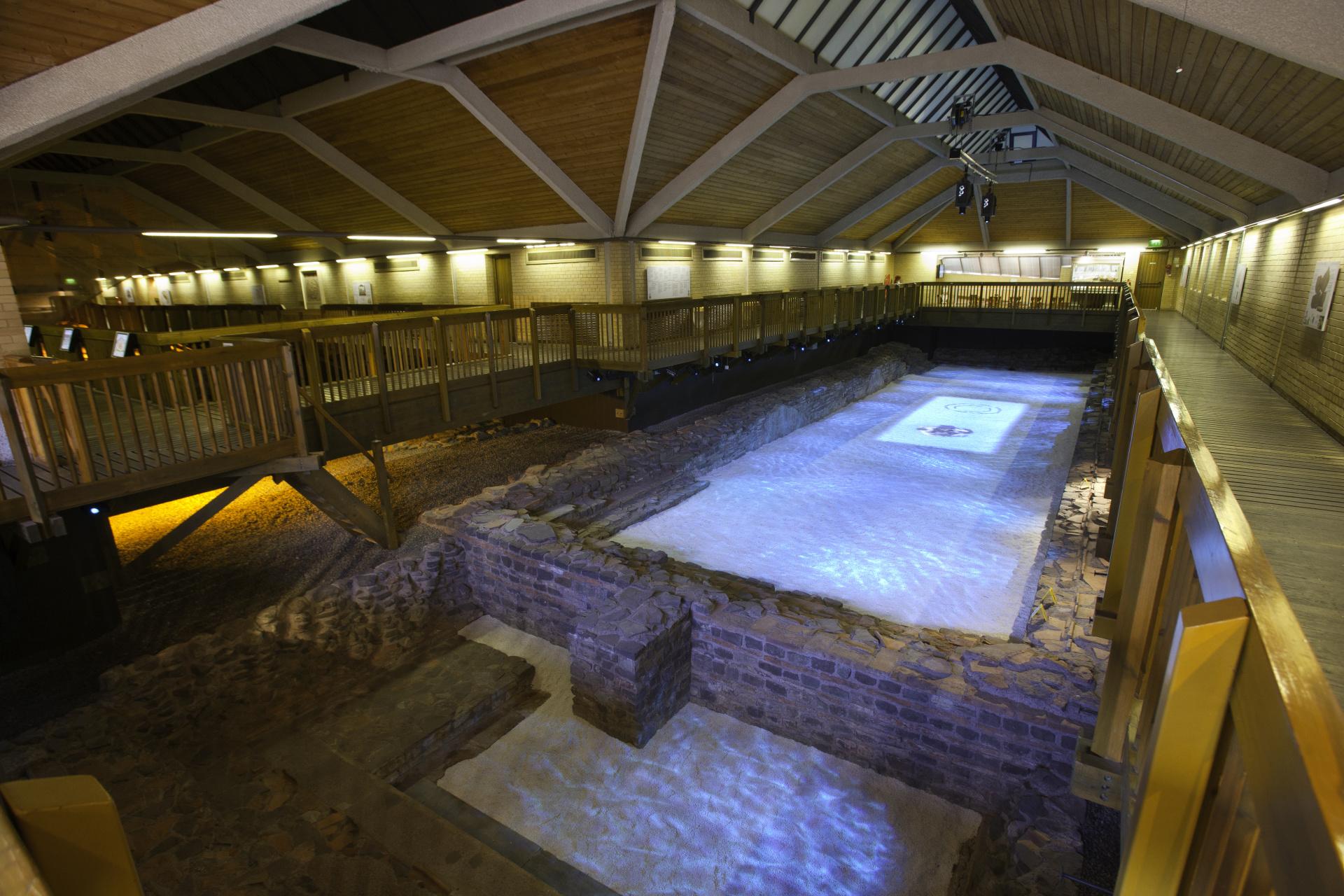 Castell Coch, sprouting unexpectedly from dense woodland on the outskirts of Cardiff, is a startling sight, the realms of fantasy made real. This Victorian reimagining of a medieval castle is ripped straight from the pages of a fairytale, with soaring conical towers and an elaborate interior decorated with shining murals and ornate gilded mouldings. You almost need to wear sunglasses. And don’t forget to enjoy a cuppa in the Victorian tearoom. 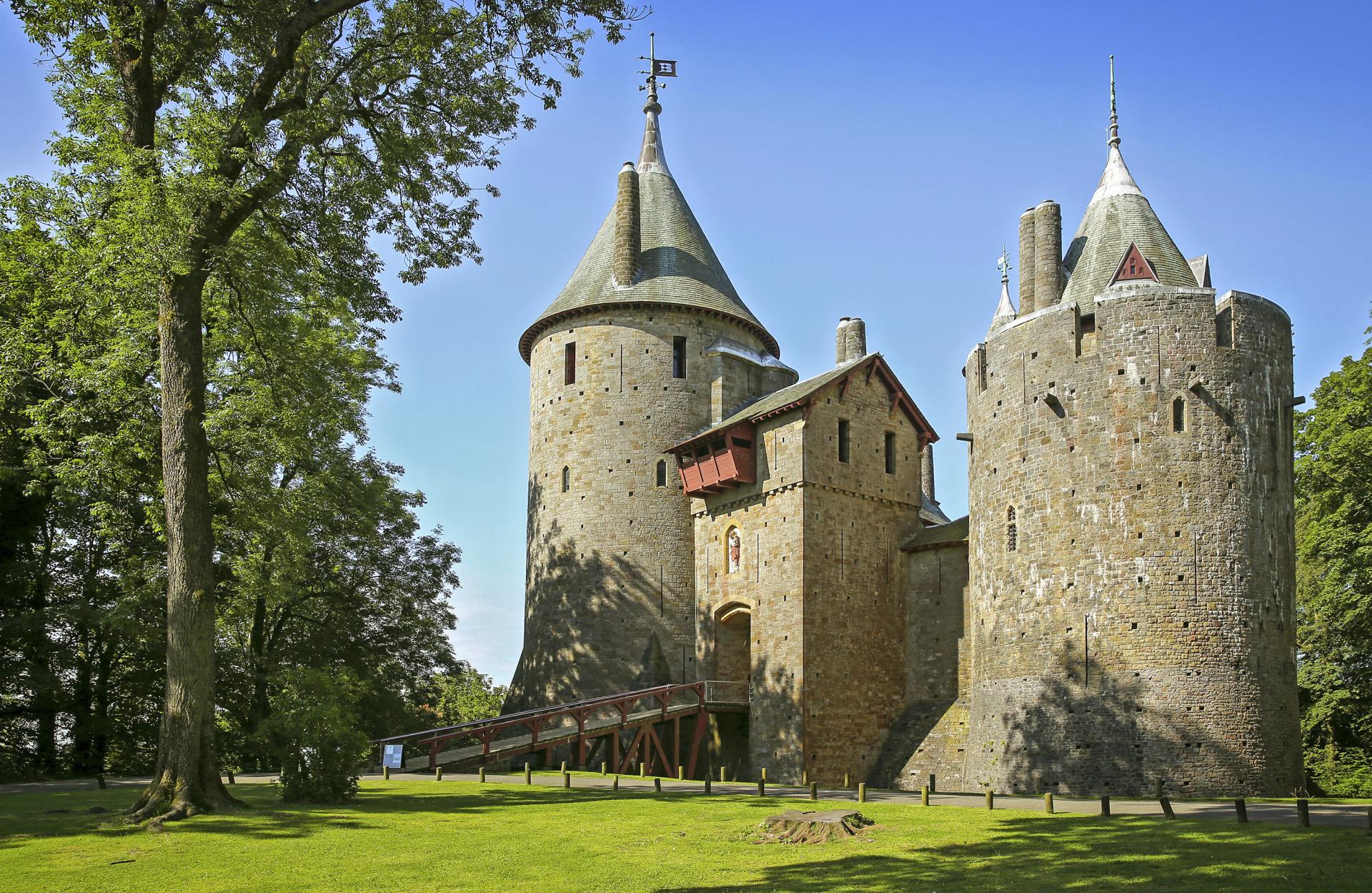 Built by Llywelyn ap Iorwerth (Llywelyn the Great) on a rocky outcrop amid the peaks of Snowdonia, Dolwyddelan is one of the most stirring of Wales’s native castles. Our former rulers knew how to pick a spot. Restored and weatherproofed in Victorian times, its square tower commands stunning, long-range views of dramatic surrounding Snowdonia. Within, you’ll understand the protection it originally provided, and be as snug as a bug in a rug whatever the mountain weather throws at you. 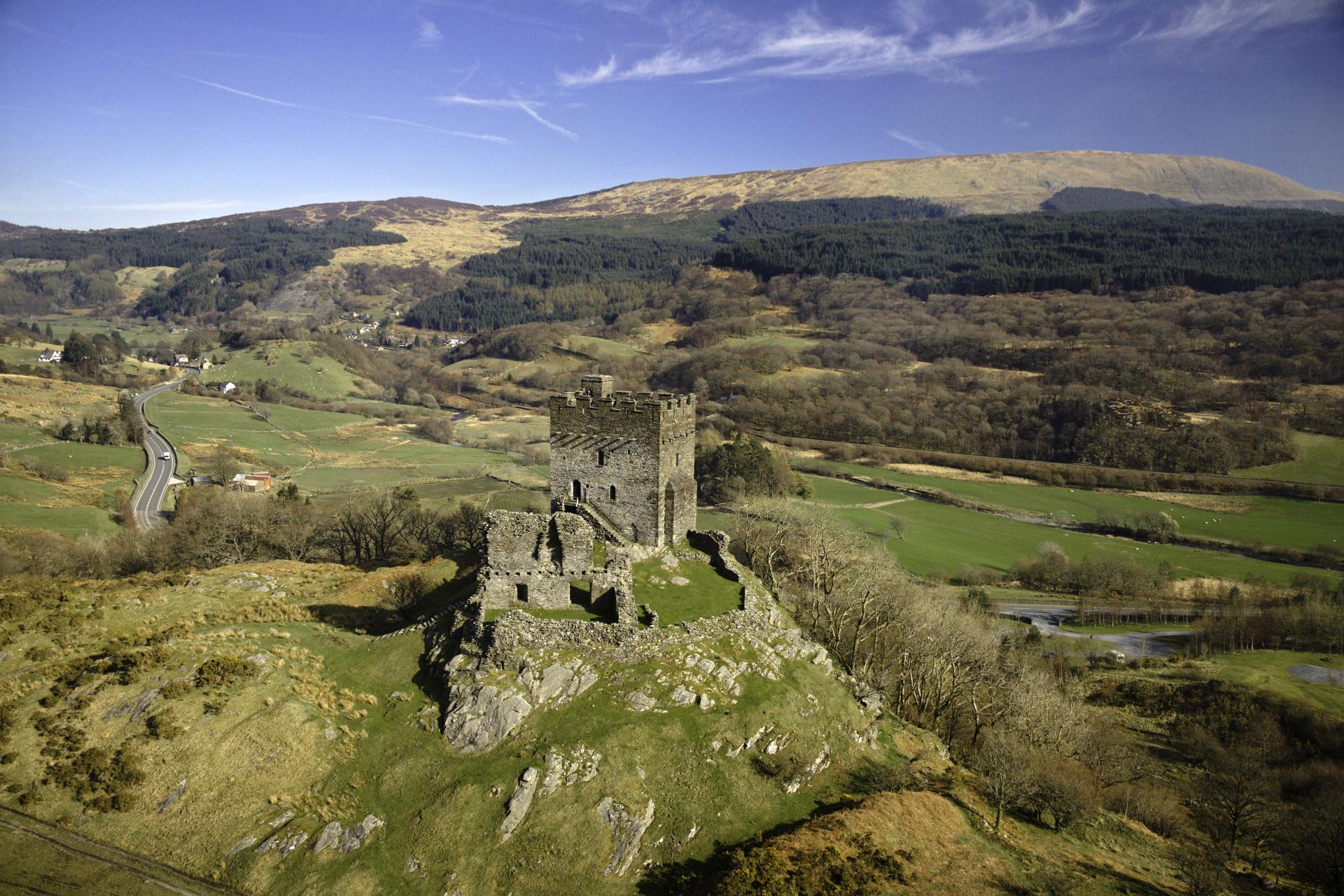 It might seem simple and unassuming to look at from the exterior, but the interior of this 17th-century chapel is a real eye-opener. If you want to defy the grey skies outside, look upwards and you’ll be swept away by a kaleidoscopically colourful ceiling painted with angels and cherubs set in a celestial skyscape of sun, moon and stars. 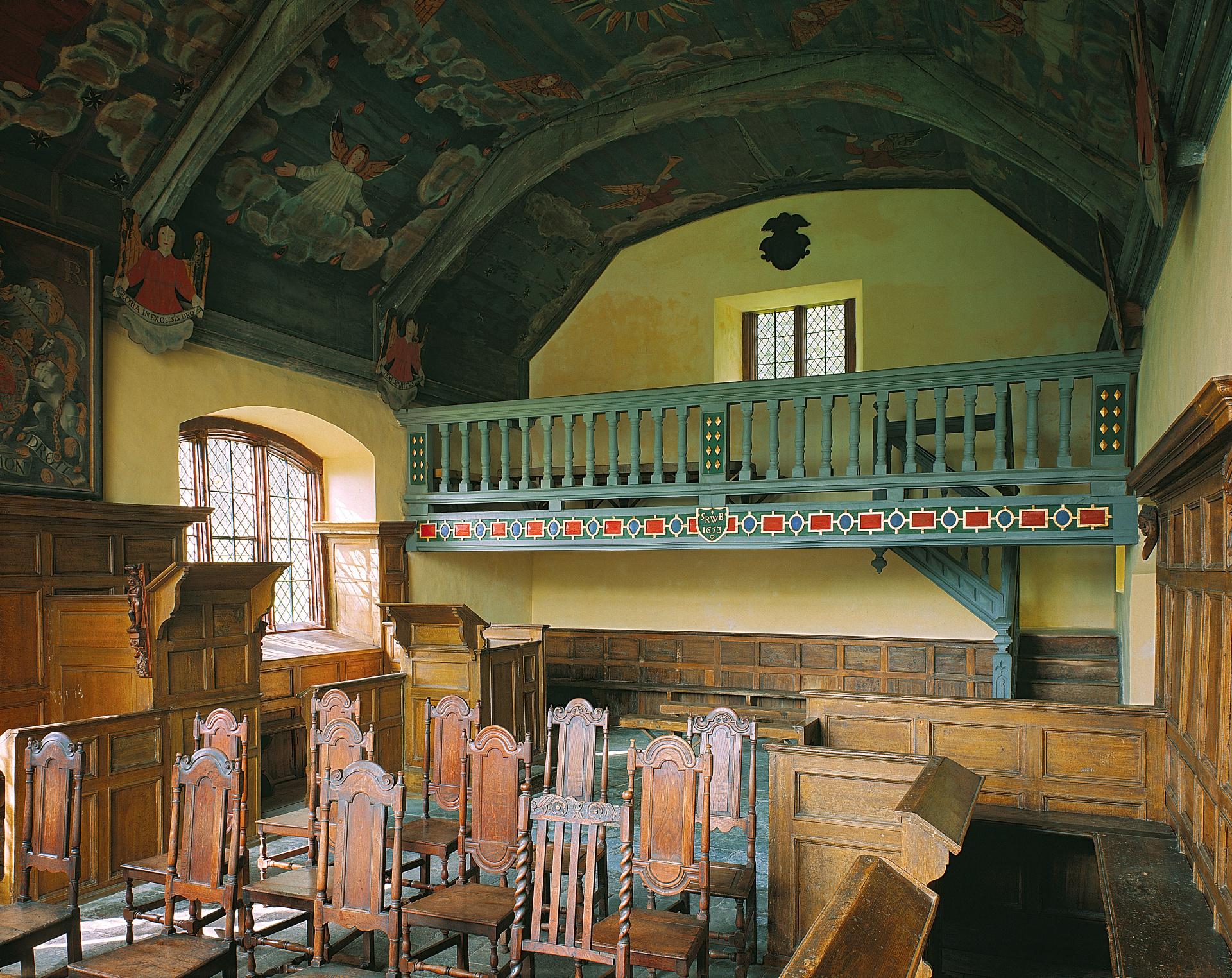 An old Victorian church school is home to an impressive collection of early Christian monuments from across Wales. Highlights include the 6th-century Bodvoc Stone, a pillar carved with a Latin inscription commemorating four generations of the same family, and the 10th-century Conbelin Cross, decorated with an intricate pattern of Celtic knots. 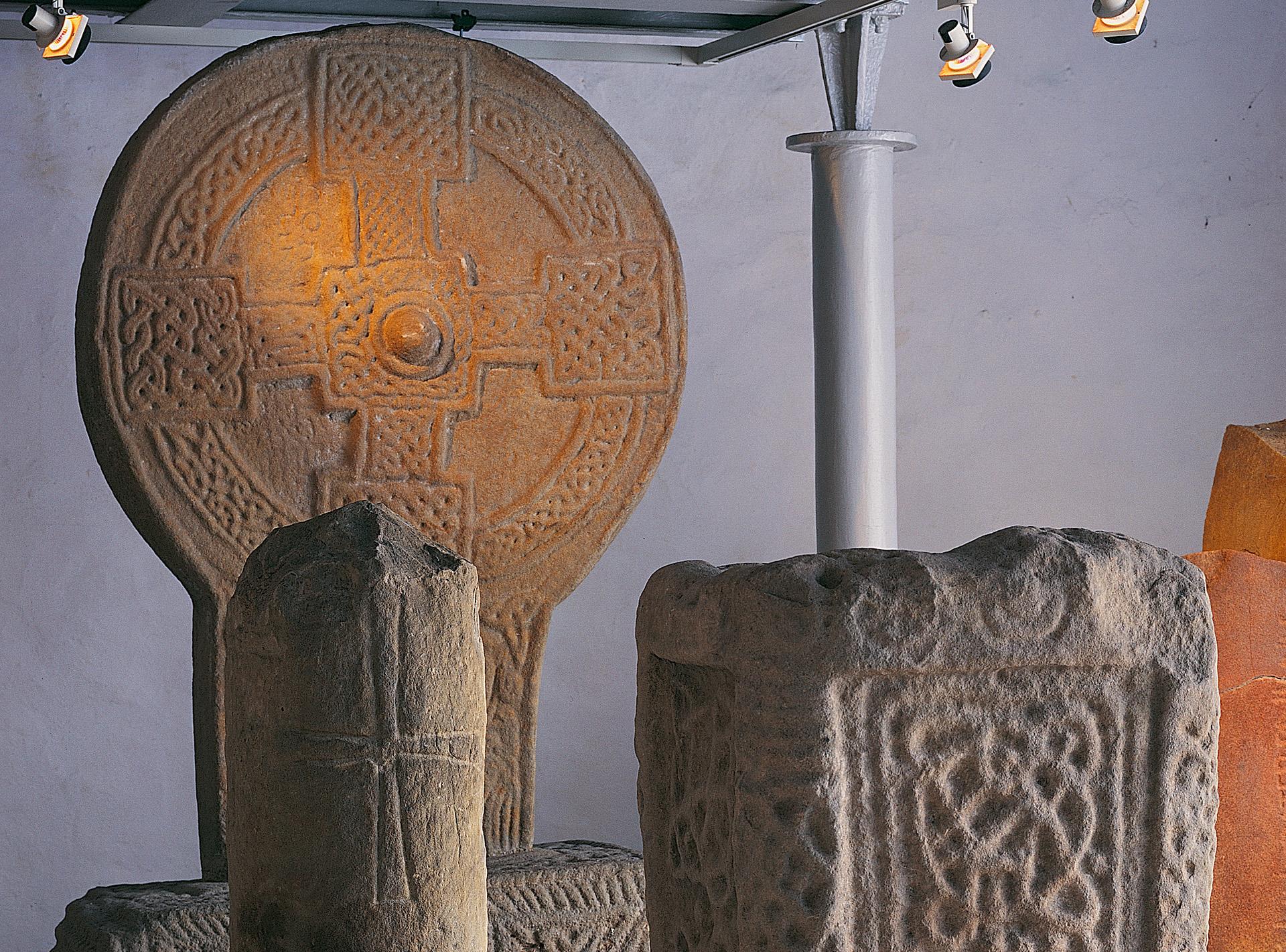 Standing largely unchanged since its construction, this historic house – a rare survivor in Wales – is a time-capsule of medieval building techniques. Behind thick stone walls is an expansive main hall, the house’s social hub, with high ceilings and an elaborate truss system of beautifully carved timber. Despite its age, this ingeniously designed network of wooden beams is still hard at work supporting the 15th-century building. 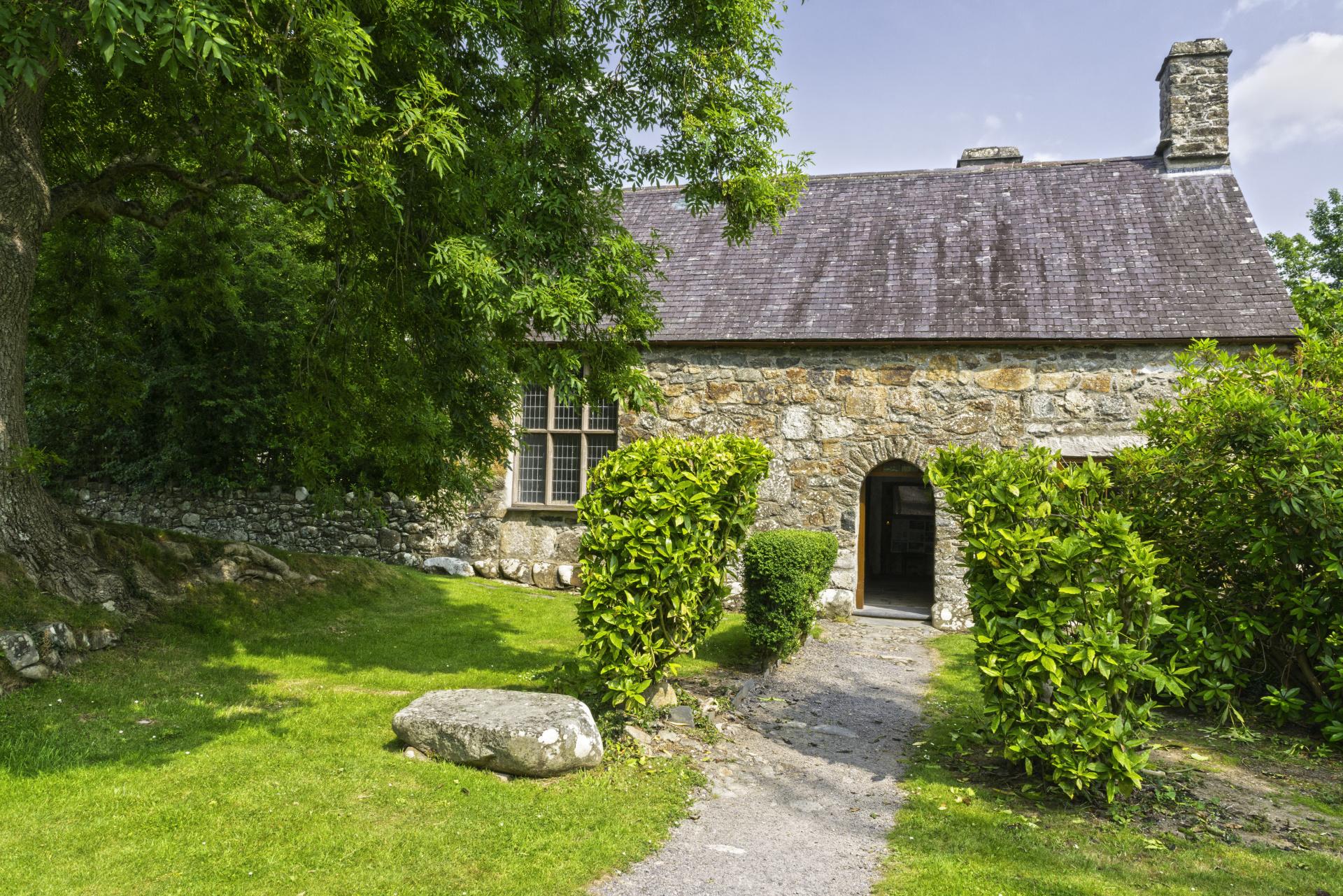 For a glimpse of 16th-century Elizabethan high life, take a tour through Plas Mawr’s richly decorated interiors. The finest surviving townhouse of its era in Britain, it epitomises the wealth and splendour of the age. You’ll forget all about the weather outside when dazzled by Plas Mawr’s vivid colours, ornamental plasterwork, lavish period furnishings and multi-sensory displays. 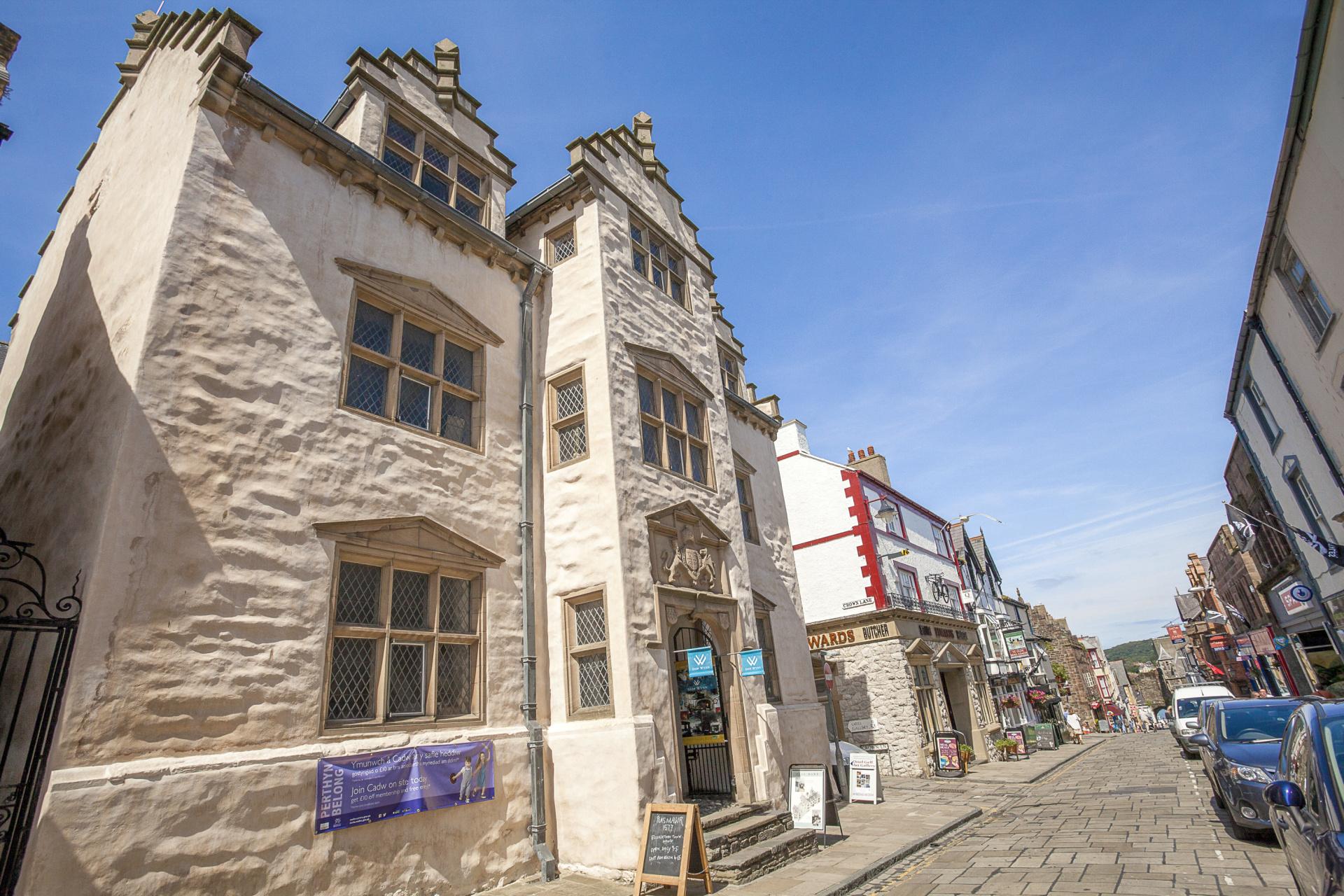 Proof that you should never judge a book by its cover, Rug Chapel’s austere exterior – like Gwydir Uchaf Chapel we’ve already mentioned – gives no clue to the spectacle that lies inside. Step through the doors and you’re confronted by an explosion of colour and detail, with every available surface covered in intricate wood carvings, rose motifs and paintings of cherubs and angels (plus the odd skeleton). 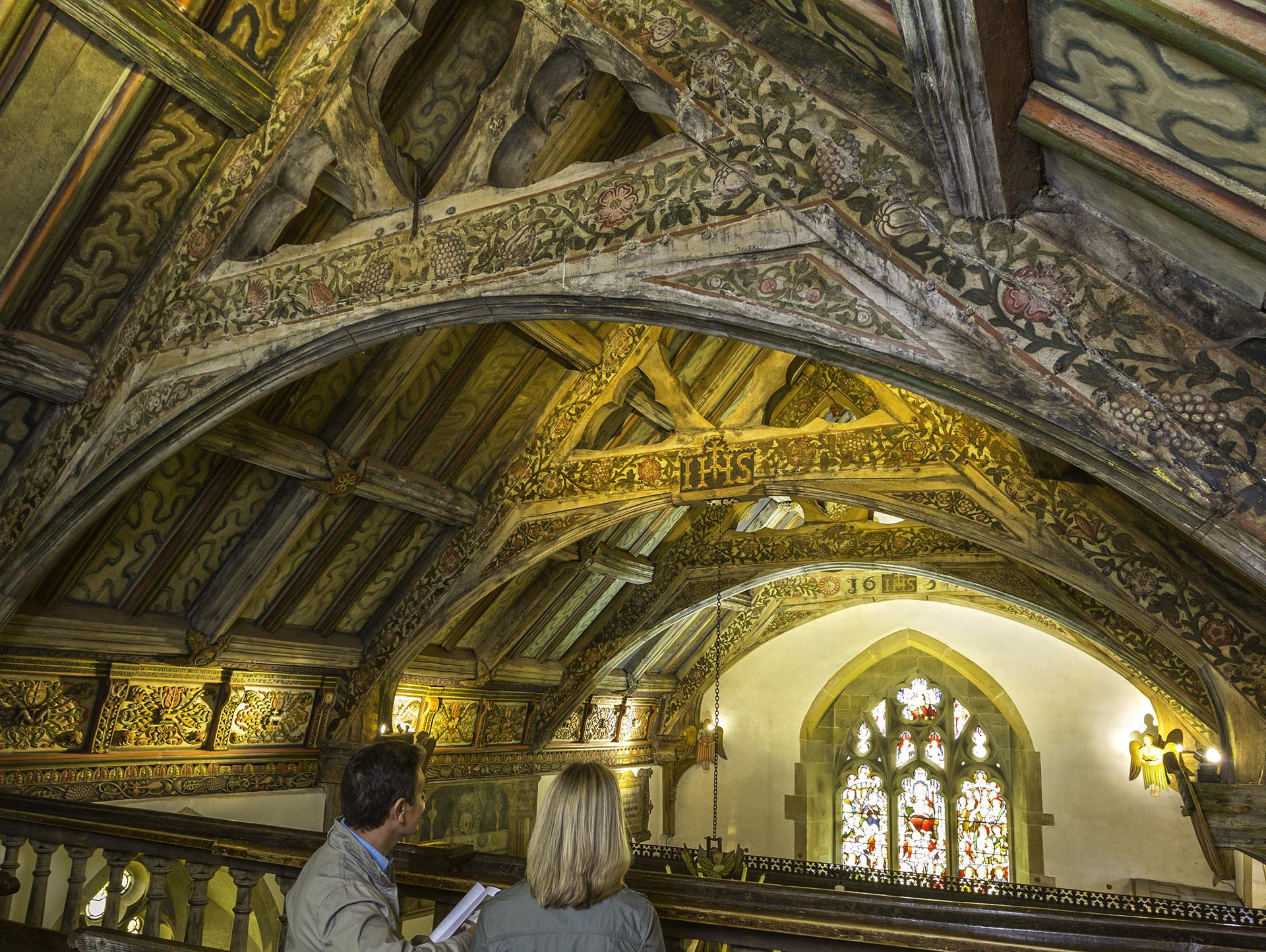 Home to several generations of the prosperous Vaughan family, Tretower Court was designed as a symbol of their status. See what life was like ‘above and below stairs’ for master and servant by wandering through a suite of rooms restored to how they may have looked around 1470, including the extravagant banqueting hall and busy kitchen, buttery and pantry. In its time, Tretower was a byword for magnificence and sophistication – as you’ll see when you enter the great hall laid out as it might have been for a lavish 15th-century feast attended by high society. 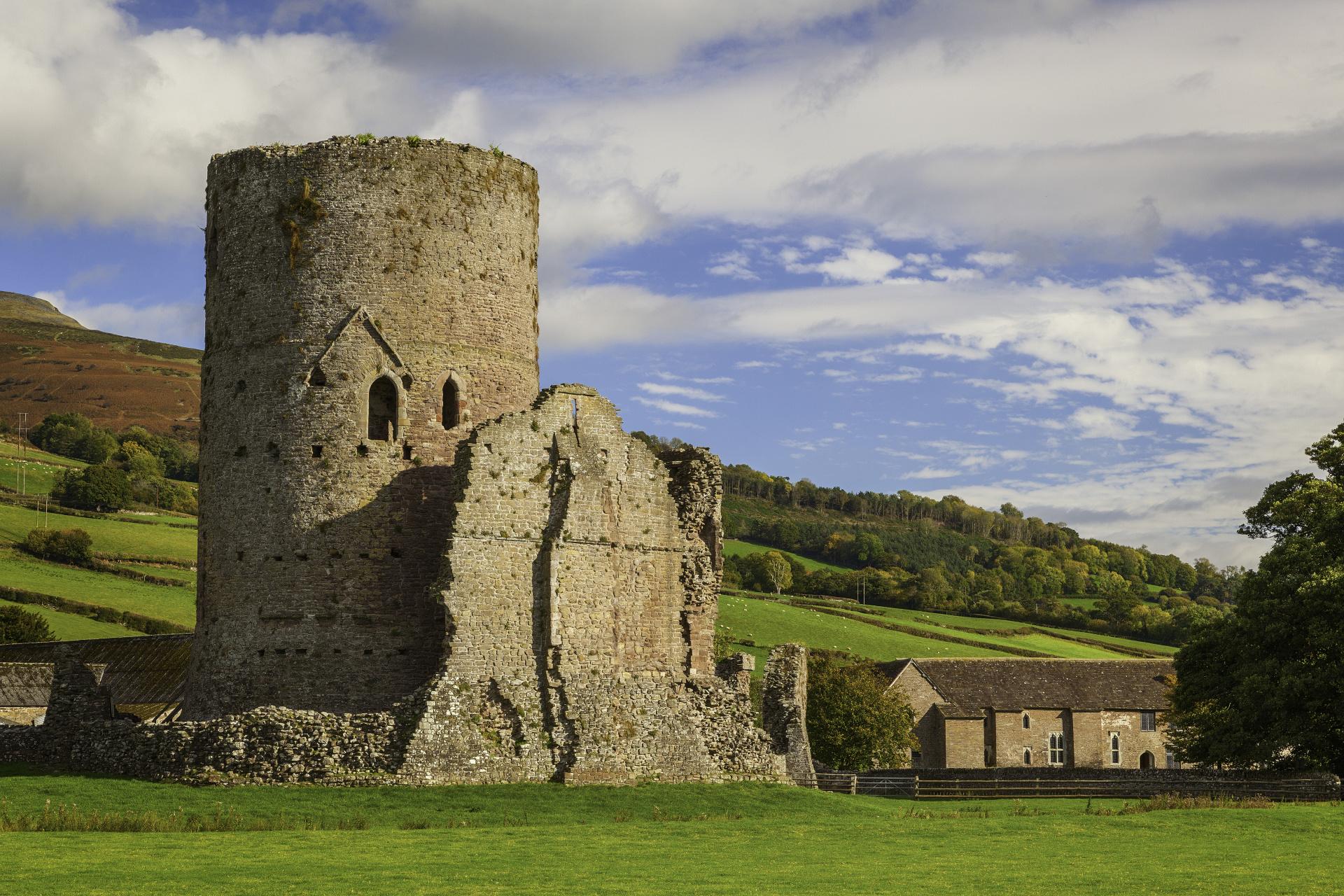 There’s so much to discover at this grand Cistercian abbey. Visit the chapter house to see spectacular rib-vaulted ceilings with incredible pin-drop acoustics, then head upstairs to explore the simple dormitories where the monks slept. Wander over to the tiny summerhouse, home to an exhibition from the abbey’s artist in residence, and take a computer-generated tour of the site during its 15th-century heyday. 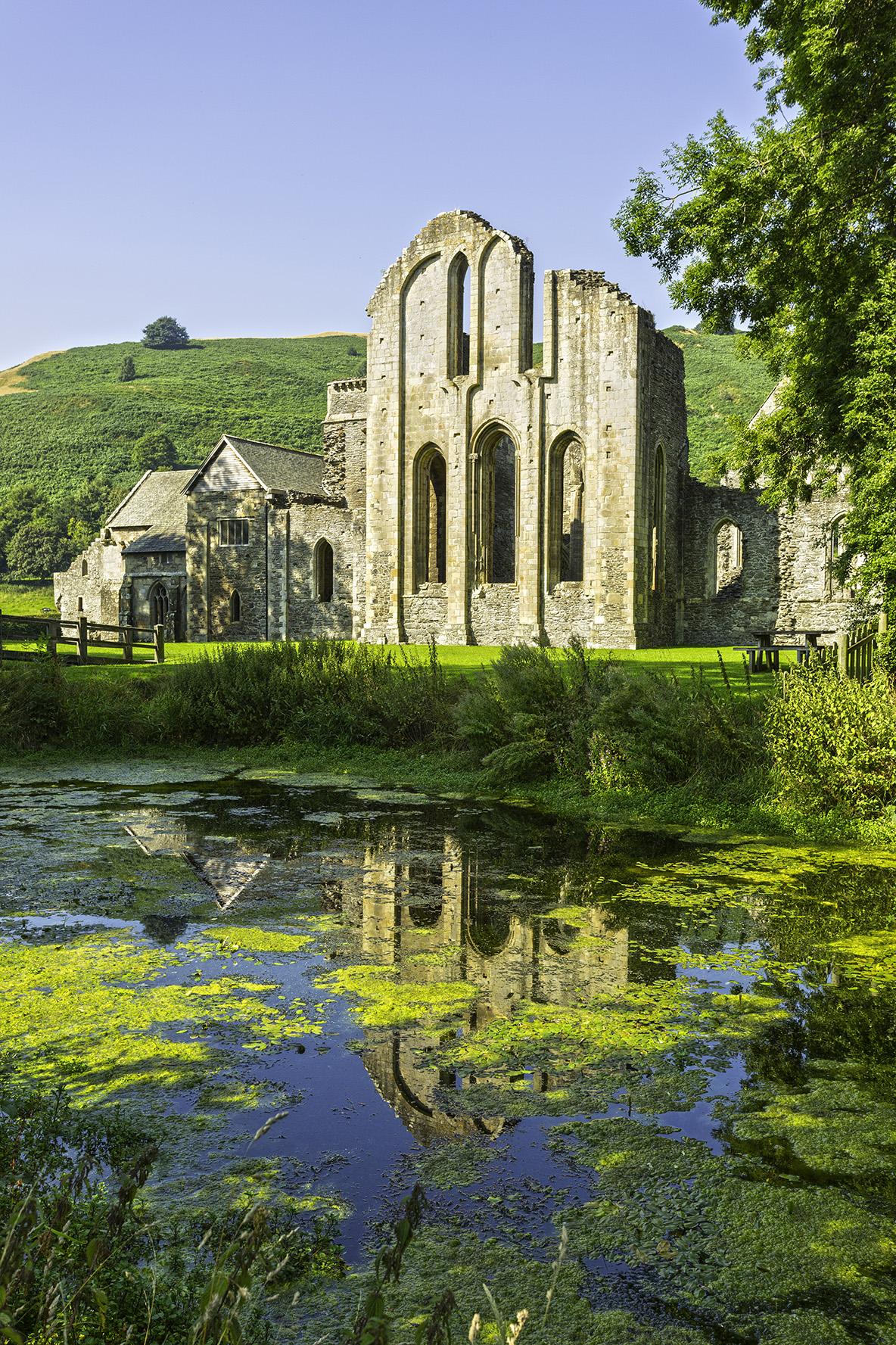