Sat beside a roundabout in north Cardiff, surrounded by bushes and covered in ivy, the Llandaff Sub-Control Centre is a single storey, windowless, flat roofed brick building which most people hardly notice.

But it has recently been made a Listed Building by Cadw, and its history is a sobering reminder of how close Wales came to nuclear annihilation in the twentieth century.

The Sub-Control Centre building is on the outer edge of the beautiful terraced gardens around Insole Court, a Victorian mansion which during the Second World War had been a centre for the emergency services responding to the Cardiff Blitz.

In the years after the war tensions mounted between the former allies and in 1948 the Civil Defence Corps was revived across the UK, and Cardiff County Borough Council began to make plans for a possible Third World War.

Nuclear weapons had been invented and used by the USA and in 1949 the Soviet Union produced its first atom bomb, followed by Britain in 1952.  The next year EC Roberts, Cardiff’s city surveyor, built a Civil Defence Control Centre on Allensbank Road, next to what was once a crucial location for the city’s water supply.  He also built two Sub-Control Centre's in the east and west of the city at Cyncoed and Llandaff.

The Llandaff Sub-Control Centre is the only one of these buildings to have survived. 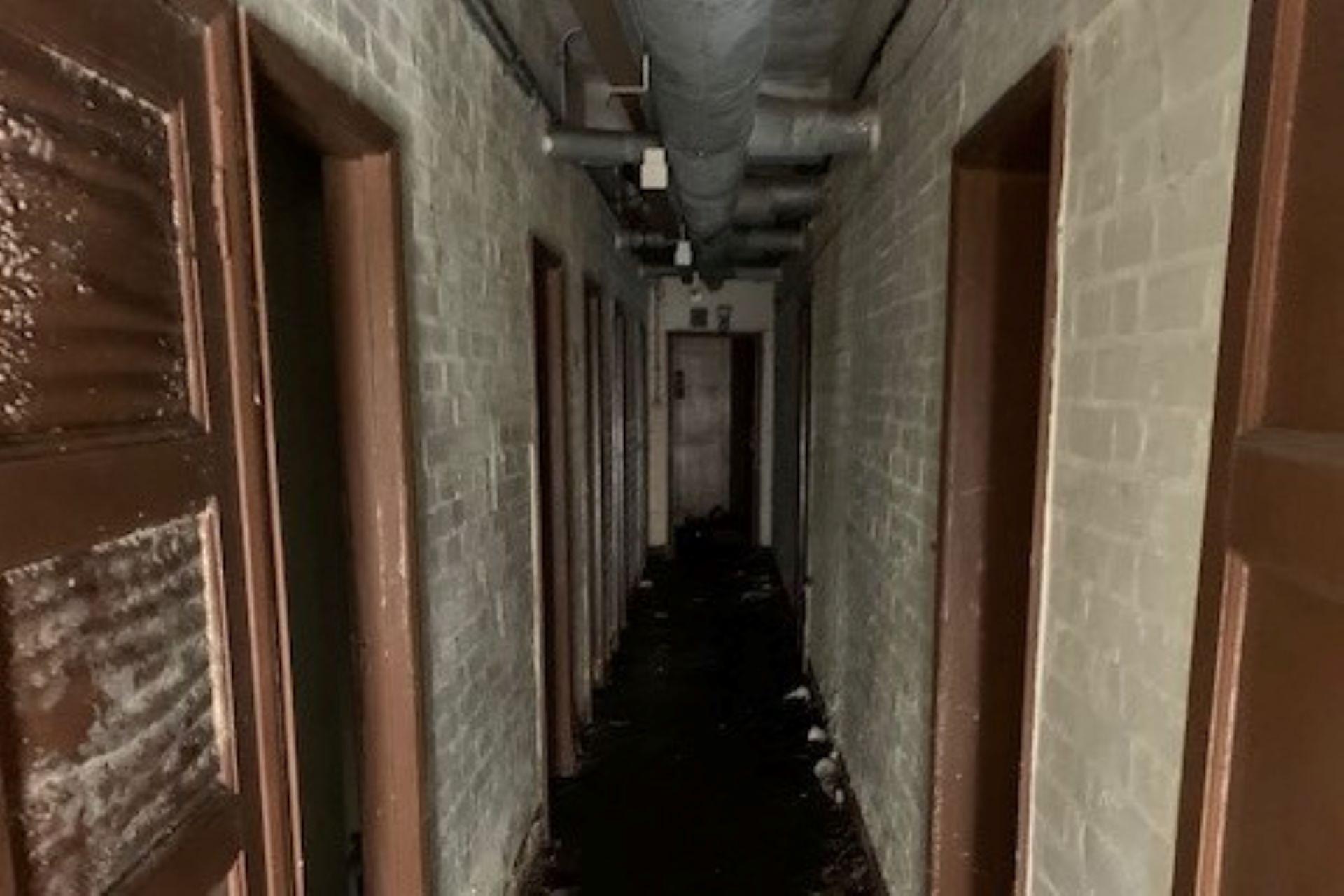 Inside the bunker are the remains of ventilation systems, electricity generators and steel bunk beds in separate rooms for male and female CDC members.  The large control centre, message room and liaison officers’ room are linked by messenger hatches and the officers’ room had hidden emergency escape hatches leading outside.

Although sturdy the building is clearly a product of the early Cold War, and could not have hoped to withstand a hydrogen bomb falling on Cardiff.

Preparedness for war was the focus of the CDC but its members responded to other emergencies, including floods and the Aberfan disaster.  Even after the CDC was disbanded in 1968, volunteers continued to look after the building and store emergency supplies there until the end of the Cold War in the early 1990s.

It is now protected as a rare example of civil defence planning, built for a war which was greatly feared but thankfully never came.