Find out how Tretower's medieval barn is now welcoming visitors into a 21st-century visitor centre, retail space and restaurant.

The clue’s in the name. So striking was the massive circular tower built by Roger Picard II that his castle became known as Tretower – or ‘the place of the tower’.

Over two centuries, from about 1100, the Picards transformed themselves from invading Norman adventurers to powerful Welsh lords.

So this monumental tower with four storeys and stone walls nine feet thick wasn’t merely for protection. It was social climbing made visible, an open imitation of the castles at Pembroke and Skenfrith.

It would be remarkable enough on its own. But Tretower is two wonders in one. Just across the castle green lies an entire medieval court that became a byword for magnificence.

It was the creation of Sir Roger Vaughan and his descendants. During the Wars of the Roses Sir Roger became one of the most powerful men in Wales – and Tretower reflected his fame.

It became a magnet for medieval Welsh poets who drank its fine wines and sang the praises of its generous host. Now, thanks to meticulous restoration, you can vividly imagine being one of Tretower’s most honoured guests.

You’ll find the great hall laid out just as it might have been for a lavish feast in the 1460s. In the recreated 15th century garden you can stroll among fragrant white roses that symbolise Sir Roger’s passionate Yorkist sympathies. 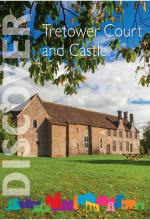 Bike storage area available in car park or close to the monument.

Gravelled car park area and roadside parking opposite the court for approx. 30 vehicles.

The court is mainly accessible, although the cobbled entrance may be unsuitable for wheelchair and buggy users.

A side entrance can be made available for access if required.

There is no dedicated disabled parking.

Cadw holiday accommodation is available to hire close to this site.

Picnic benches and /or tables are available for visitor use.

Tretower Court and Castle's new visitor centre is now open and home to Y Bwyty Bach restaurant. The team offer a selection of lunch time menus and are committed to sourcing local ingredients from local suppliers to support the surrounding community of Tretower, Crickhowell. 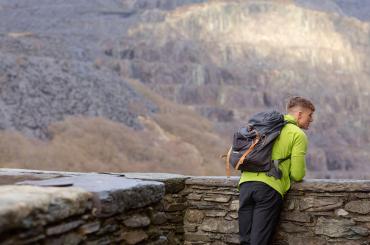 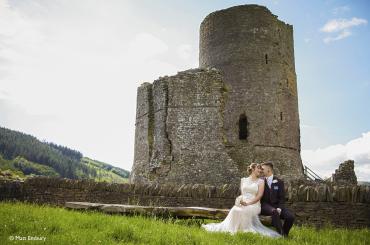 The Tudor connection in Wales 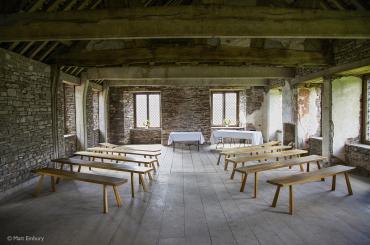 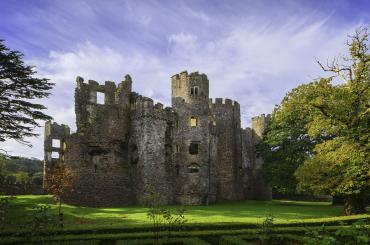